Hard times for everyone, a moment we wanted to celebrate with all of you, the opening of our new Gallery space, and it has to be postponed. Nonetheless, trying to put our grain of sand within the culture world, we again get going with all the renewed and strengthen passion to keep offering to our friend collectors an ambicious and atypical exhibition featuring the gallery's masterpieces, most of them belongs to the Laberinto Gris private collection. Leading art works belonging to different periods, books and base project from each artits’ trajectory shapes the exhibition. Shown below are named some of them so as not to stretch on, but they all have a reason why they are part of this exhibition and makes them unique.

How not to count on this showing with Luz work, the main character from the extensive Malefic Time story, which is backboned by a trilogy of three graphic novels and supported by novel, manga, role games, music album, limited edition figures and endless merchandising.

One piece from each three books has been picked out, Luz transformation is depicted, with her attire transformed in each place where the story is set. In “Land on Thunder”, published in the first book Apocalypse, we can find Luz with a classical outfit and her characteristic white hair walking past the Flatiron Building in New York, between an atmosphere of destruction and mist.

“Luz Tokio 5” published in the 110 Katanas novel, represents the different aesthetics of Luz in Tokio. Its oriental hairstyle, white bangs and her clothing are reminiscent of that of a samurai, with is small plates scattered across her leather corset.

“Luz Akelarre”, the third book mainly takes place in Paris, in an almost medieval enviroment. Luz only wears a white lock and her leather and tacks dress reminds us a sexy version of armours.

In the “Luz in Irkalla” painting we observe Luz with her pink hair resembling the Red from Lilith. The Irkalla is another dimension named along the whole Malefic story. It is the Gods place or Anunnakis, and this is the only paintint portraying the main character Luz with an Irkalla might aesthetics.

This is a detailed selection of Luz artworks, Malefic Time main character which have turned into iconic pieces. 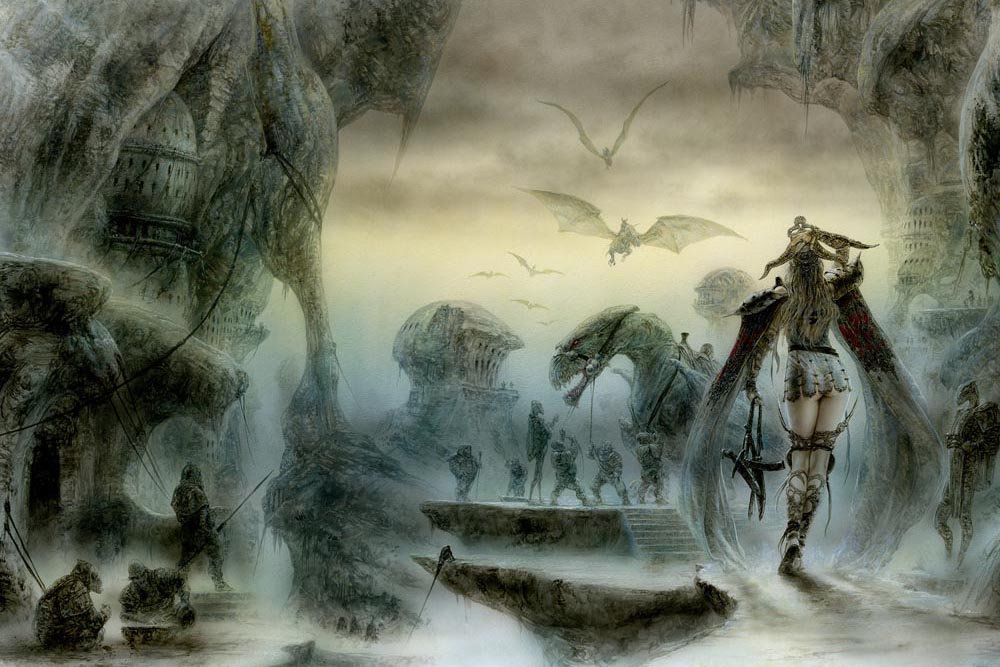 Our willing was also not to fail the Taarna lovers and we didn't want to miss her in this exhibition. “New Taarna” and “Taarna 5” have been covers from Comics published by the american magazine Heavy Metal, relaunching this cult character from the 70s with an up-to-date aesthetic approach. Heavy Metal has chosen for its first Taarna issues, Luis Royo, Romulo Royo and Alex Ross. These works published in Custom Made along with the book Goddesses, are featured within the Box entitled Projects, to which "Espinas 2" also belongs, made for a Broadway musical.

“Beyond”, “Flowers and Thorns” or “Skull And Roses”, large format paintings belonging to the last series of Romulo Royo, where the gesture, the brush-strokes and the tattoos dance around an exquisite sensuality. They show a mastery of technique and composition balance.

Along with this latest series, unpublished very detailed color drawings from the Flowers and Thors series are exhibited.

“Dreaming in the Labyrinth”, “The Door To Always Never” illustrations and wonderful drawings you will be able to see gathered in the section Box of Dreams, are the latest works of Luis Royo, which have been released in the last two books featured in Projects Box.

They are performed in a bigger size than Luis is used to draw. In this magnificent work you can observe the evolution from other periods. It is magical and a gift to all of us after his vast career, everytime he swichs project, there is a change which leads you to behold his work again with that curiosity and novelty of when you discover a new artist, without missing the distinctive hallmark of Luis Royo.

“Marte Tierra”, “El gran viaje” y “El descenso de la cuarta Luna” belongs to Dead Moon books, a tale with oriental touch. These works represent the three most important parts of the story, which are, the male character Mars, its two castles with the bay and city that separates them, and the female character of Luna. In particular, “El gran viaje” is a work of magnificent beauty in its treatment of oil, reminiscent of impressionist paintings for their light and ease. 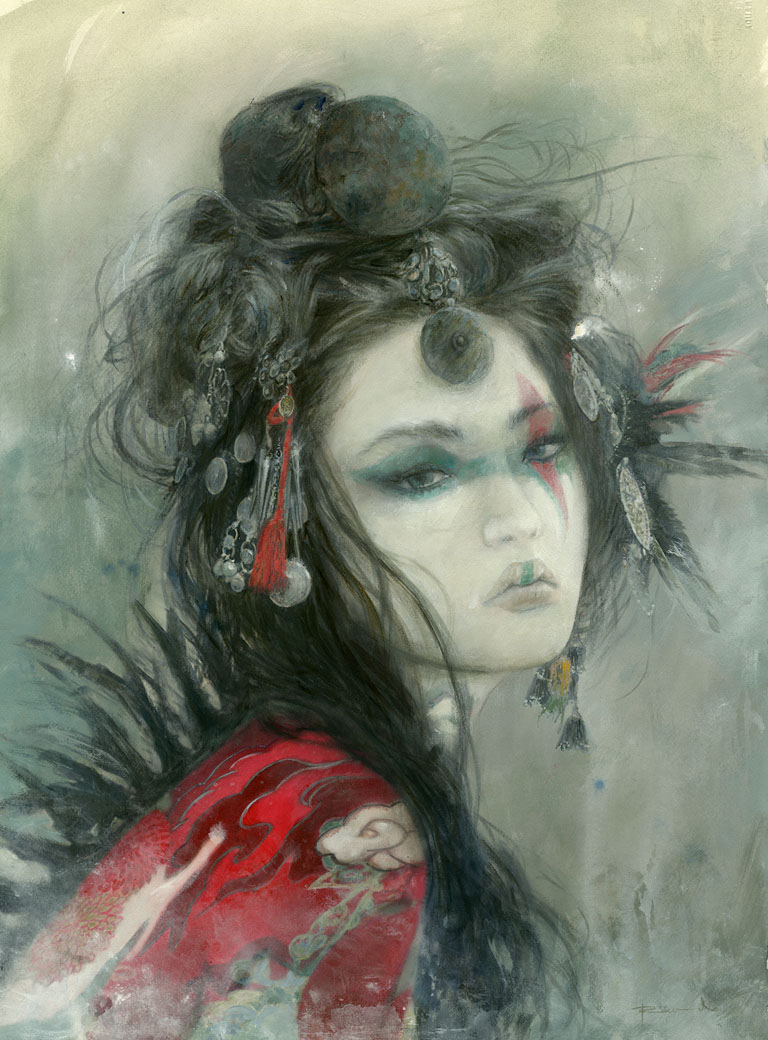 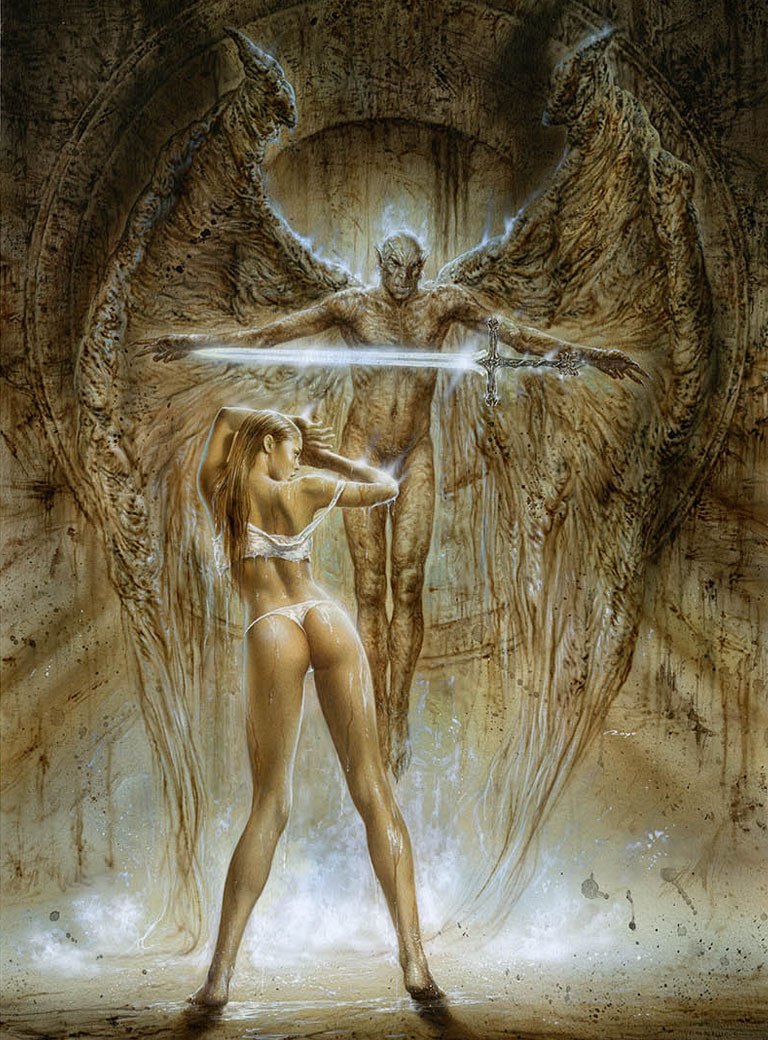 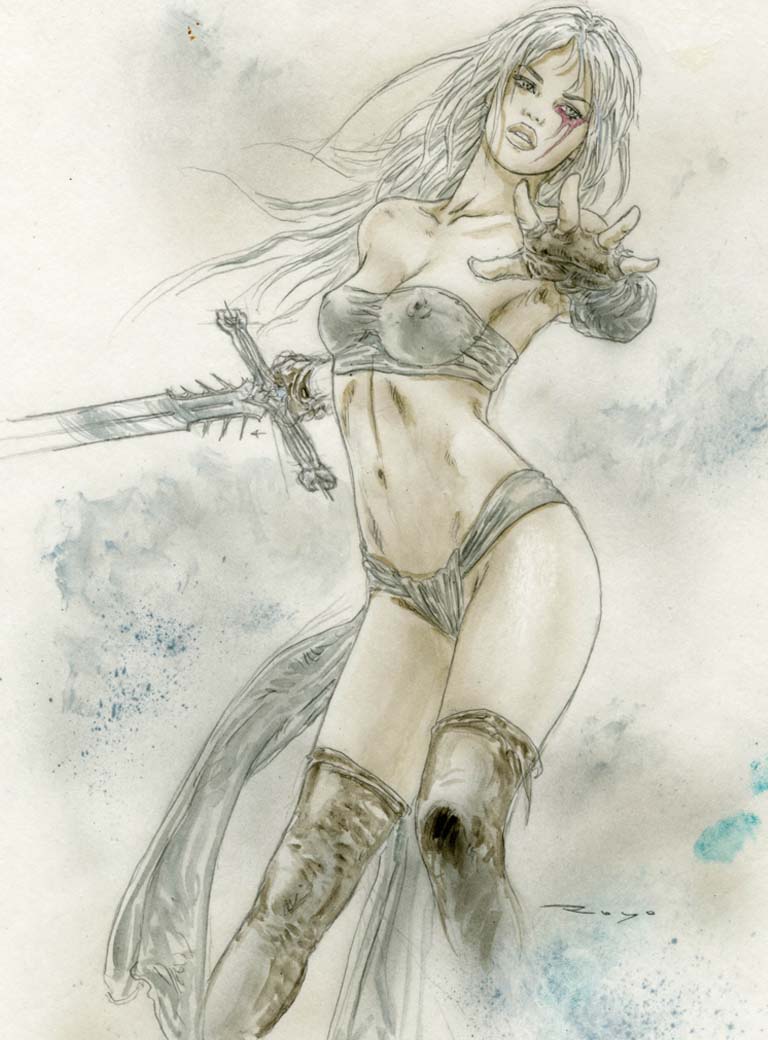 As we said at the beginning, all of them have their story, "Damkina", "Kishargal" belonging to the well-known series "Goddesses of Nibiru", exhibited in many international fairs such as Art Miami, Gige Beijing, FIAC, Arco Madrid...

All of them have been brought together in this exhibition because they are iconic works both for their mastery in execution as for their importance in the projects or periods to which they belong to. In order not to get too long in this presentation, we want to end with "Planet of the Apess II". Luis made a few works to renew the aesthetics of the Planet of the Apes film. It was the 90s and Schwarzenegger was about to take part in its remake, finally the film was not carried out but these beautiful illustrations remained for us. We are proud to put this illustration up for sale, it is a fetish piece as almost all these works are in hands of collectors and do not go to market.

Finally we let you enjoy this exhibition. 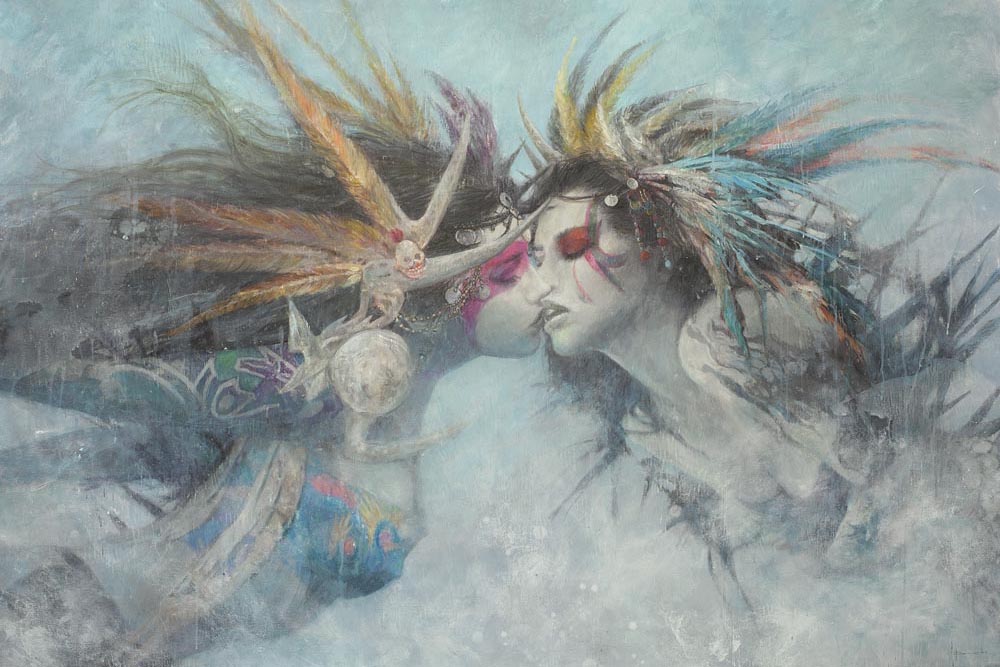 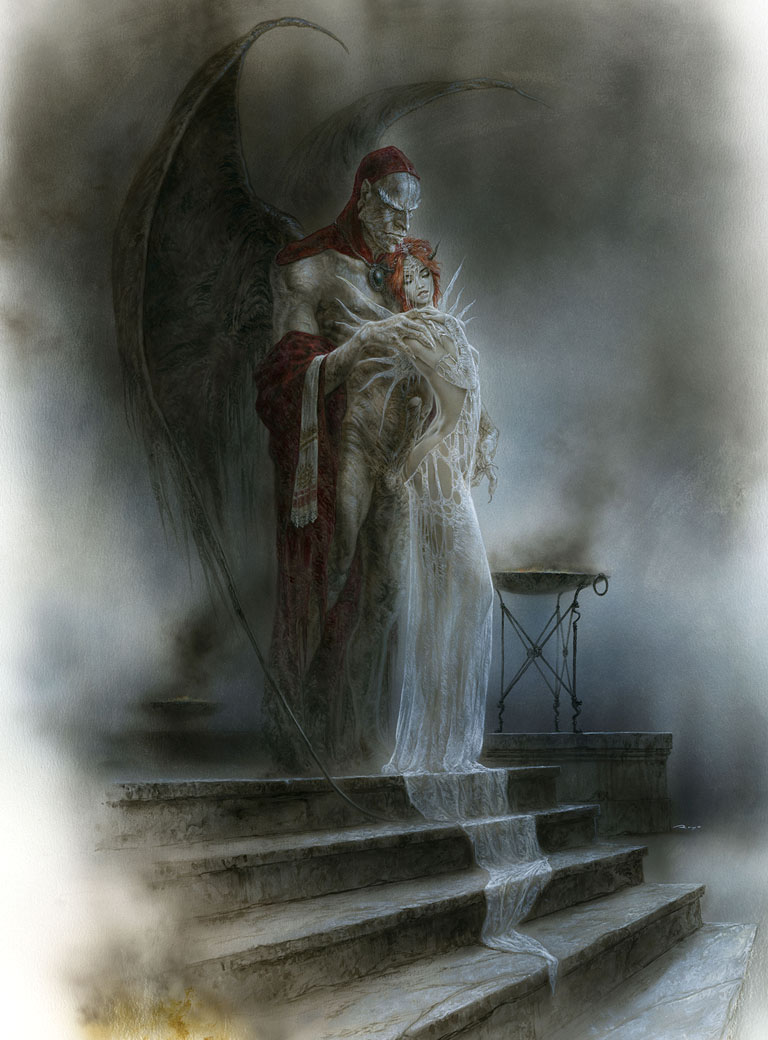