BEHIND THE CLOUDS TRAVELS THE MOON;

SHE LOOKS AT US ON CLEAR NIGHTS,

AND WE LOOK AT HER.

BUT WHEN WE EXTEND OUR ARM WE CAN'T REACH HER.

WHAT WOULD WE DO WITHOUT THE MOON AT NIGHTS ALTHOUGH SHE TRAVELS FAR AWAY?

ALTHOUGH SHE TRAVELS BEHIND THE CLOUDS?

SOME NIGHTS I TRAVEL BEHIND THE CLOUDS.

SOME NIGHTS I TRAVEL WITH THE MOON.

With this poem we invite you to a trip we want you to go on with us to eastern lands. Same lands that so many times have helped Luis Royo and Romulo Royo to offer new points of view through its culture and aesthetics.

Possibly your first thoughts were for Dead Moon or Malefic Time, where we can see characters and places drinking from a nearly apocalyptic vision of Asian, blending subtlety and delicacy of sacredness with drama and force in war.

But this path of references has been for long at the work of both of the authors through pieces as the ones we can see since 90s, like the covers Luis Royo made for the disc Babylon, made by the band Ten, or the novel Yamato II, by Ken Kato. We have also seen some collaborations with DC Comics for a look at the character Katana in a series of illustrations that would end up by being shaped in a sculpture made by Yamato USA, and some pieces in solitary, as the ones compiled in the exhibition Box of Dreams, a recent series of unpublished works with erotic touches.

With Romulo Royo we had approachment to its essence through series like Flowers and Thorns, where he renews some traditional concepts in luminous paintings with human figures higlighter by colours and looks, Wonderful Toys, where he chooses some childish icons from pop culture or elements like mecha to take them to adults field, or Goddesses of Nibiru, where he gives physical shape to mythological and divine female concepts with a quite strong and serene spirituality.

Allow that Laberinto Gris embraces you on this journey through time and space with this compilation of original works inspired by Asian mainland. 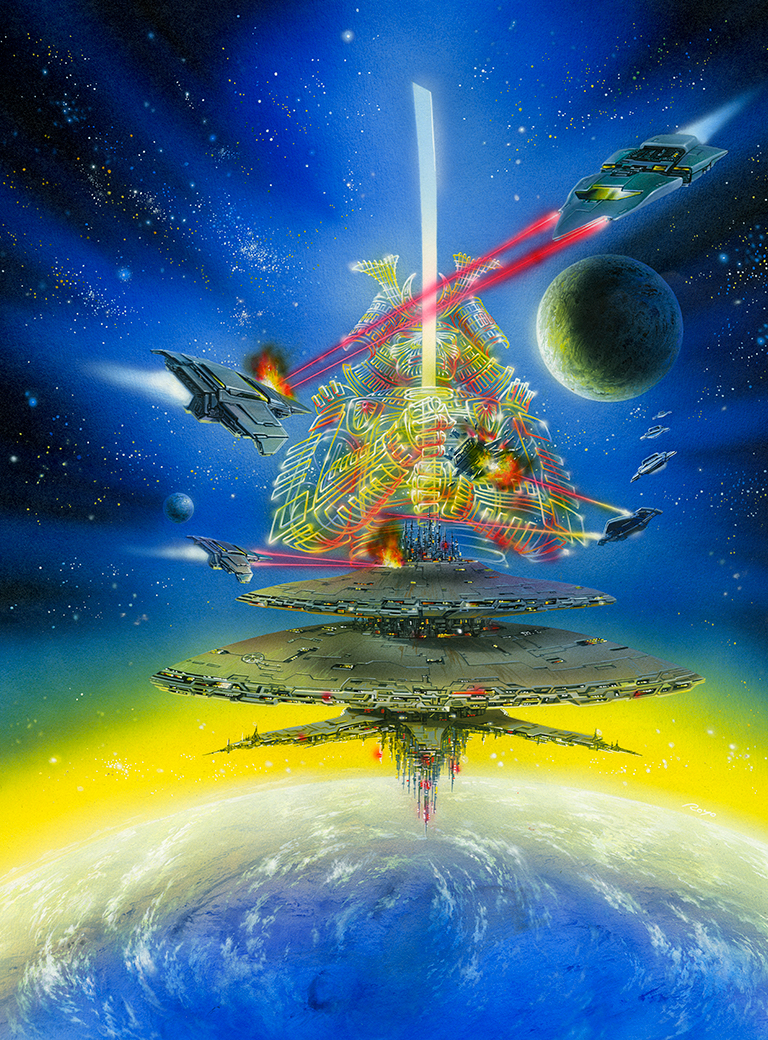 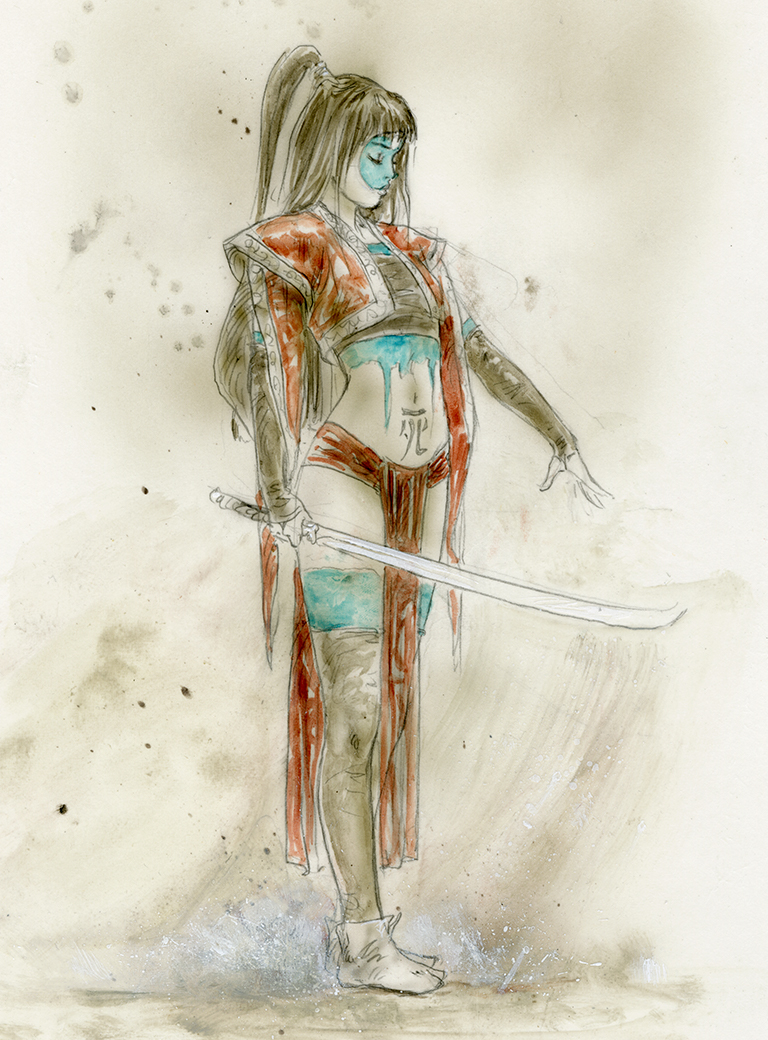 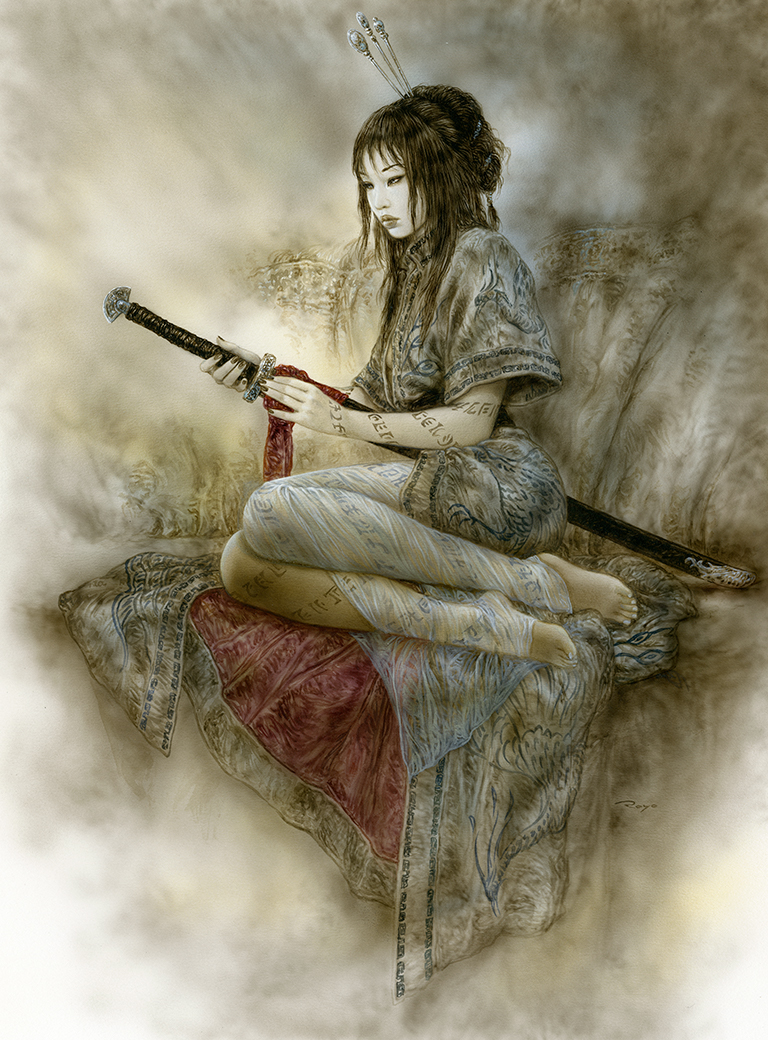 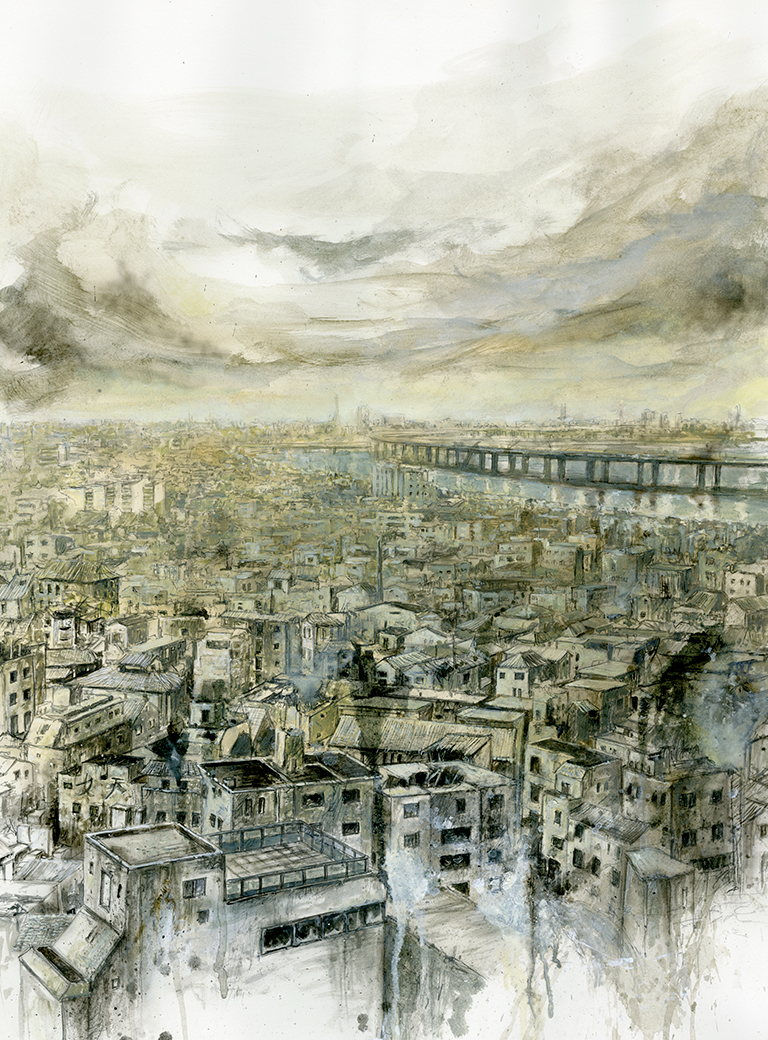