Our artist Luis Royo has been awarded the 2018 Comic Aragonese Grand Prize in the 17th edition of this show.

Being Aragón (Spain) the artist's native land, the prize makes us special illusion and we want to give our congratulations to the artist for his great professional career and all the successes he has achieved.

The night was a night full of good memories surrounded by comedians, cartoonists and familiar faces in the art world. 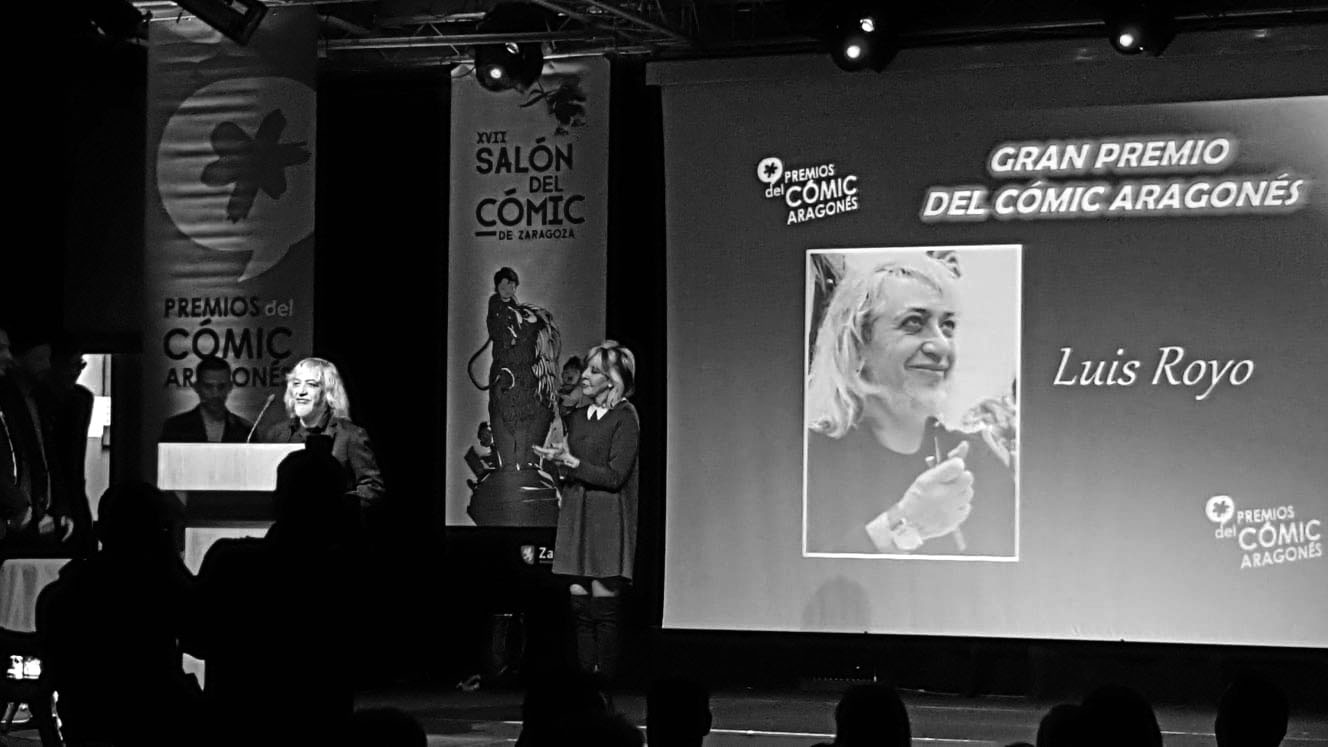 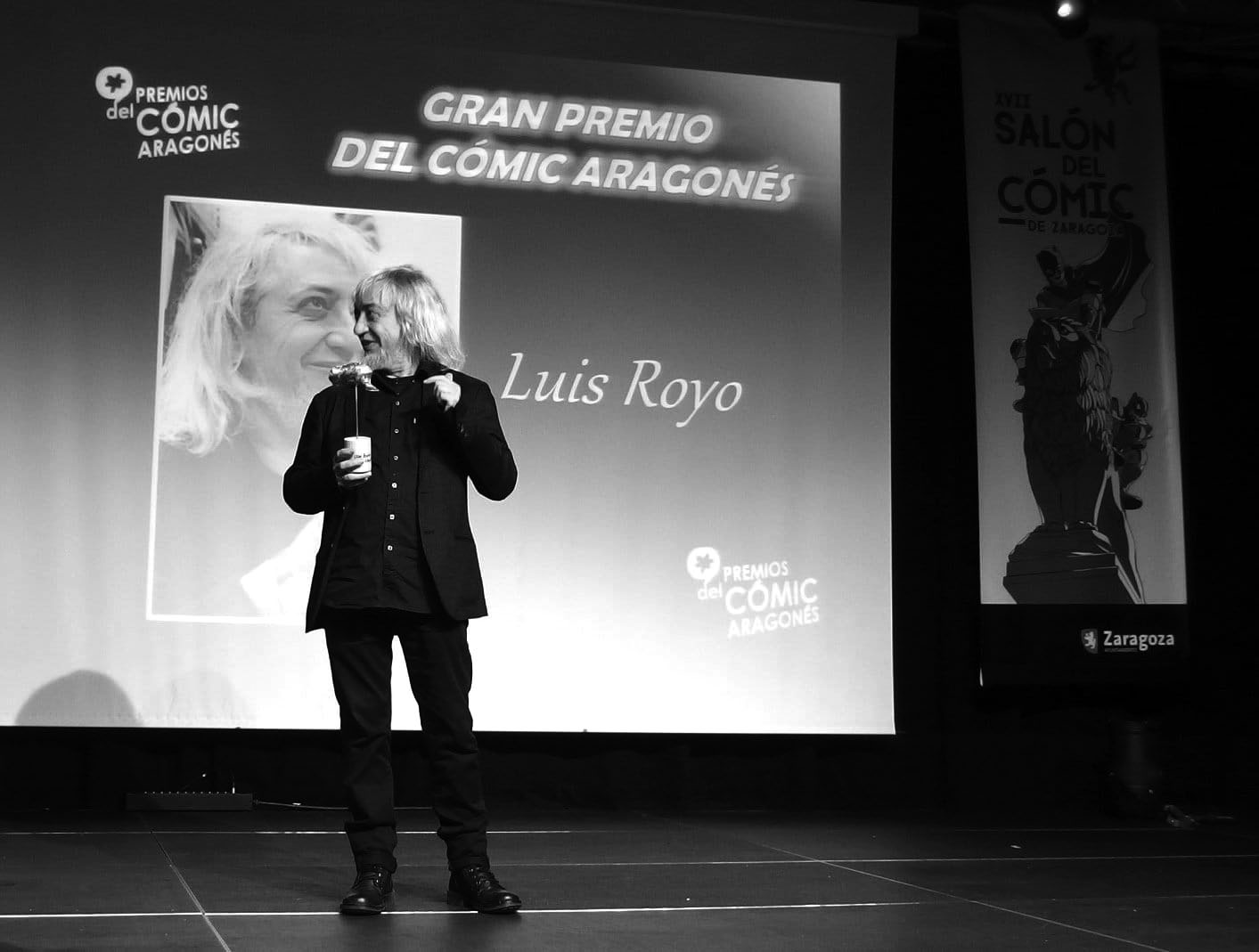 The event lasted four days, where the first day, Luis was attending interviews and book signing, where the artist's fans had the opportunity to take a nice memory of the illustrator.

The interview with Antonio Altarriba was a brief review of his entire artistic career since the artist has a memory to date, telling anecdotes and future projects. 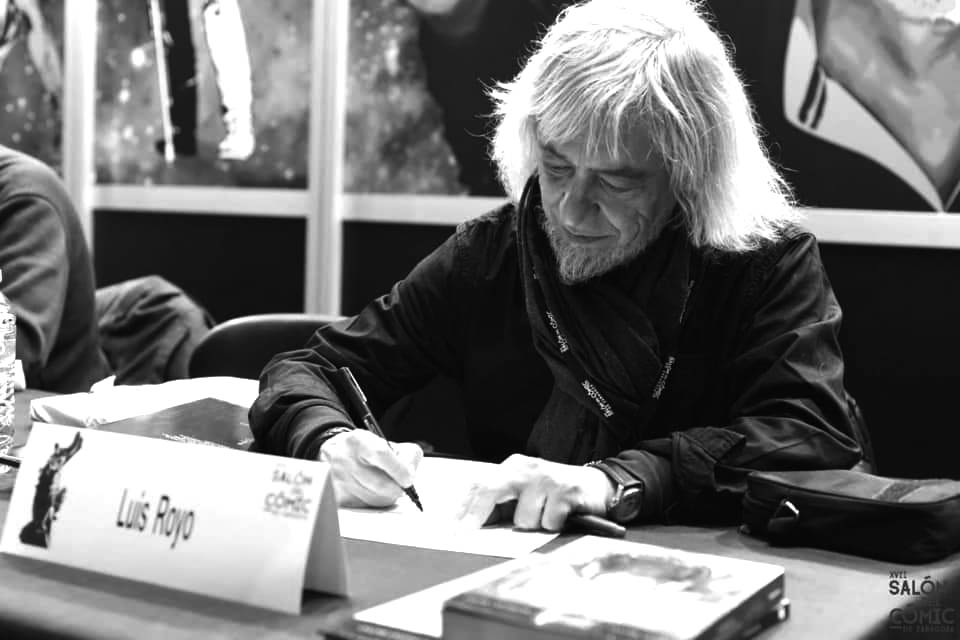 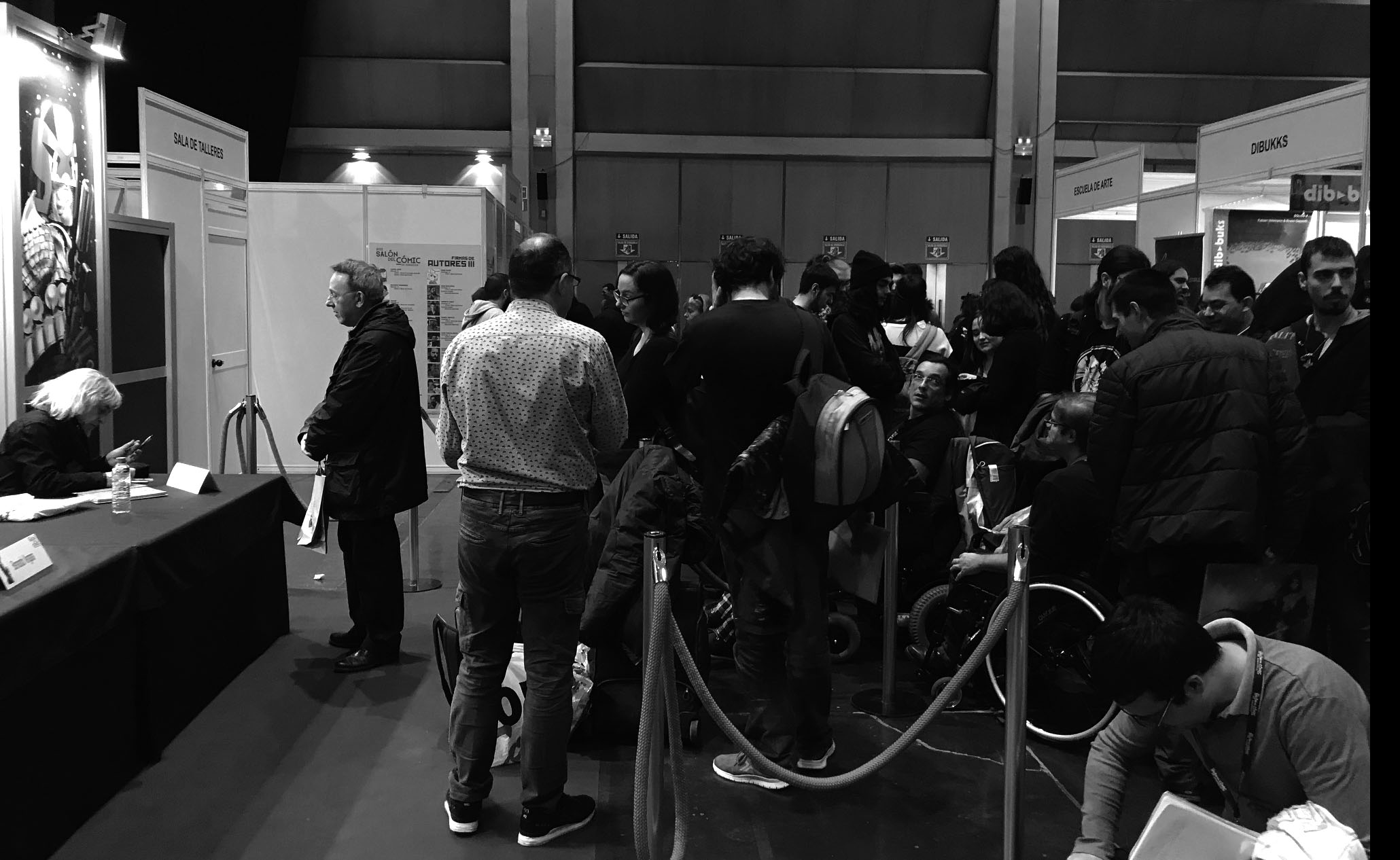 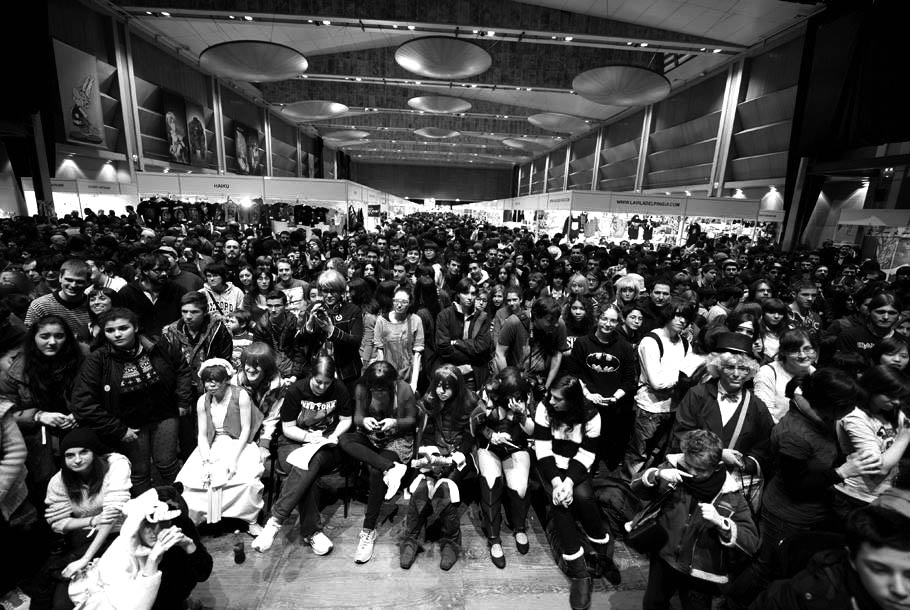 Some of the visitors that visit the Fair.

This award is the finishing touch to a year of work and the energy and motivation to start the year full of new projects.

From 1990 and once consolidated into a privileged position in the international illustration market, it will expand its production of author work. Most of this work will be published in different media and media, as well as in author's own books, Prohibited, Subversive Beauty, Secrets or Fantastic Art, are among his more than twenty titles of personal books. 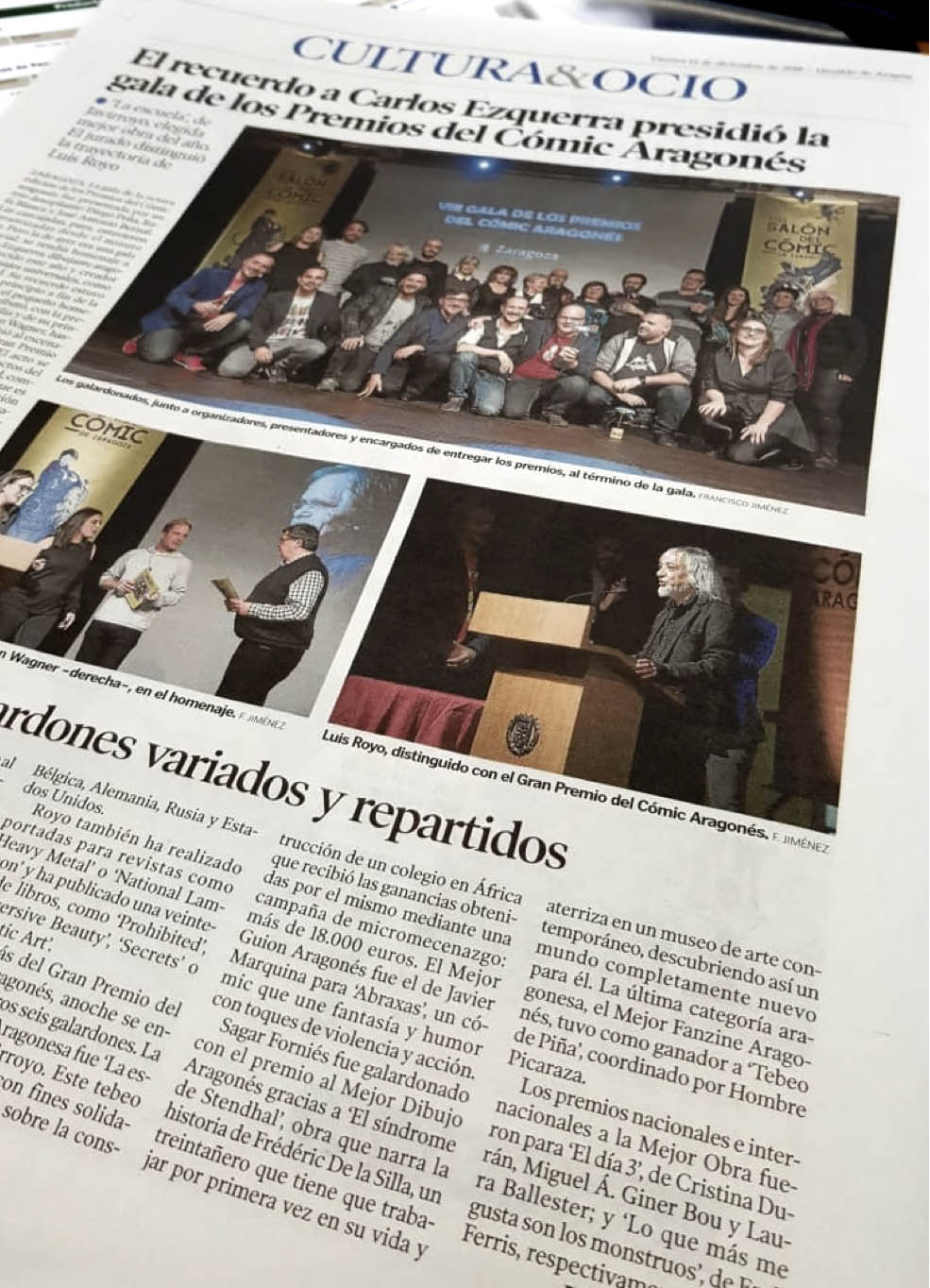 Luis Royo in a report by El Heraldo de Aragón.

In his long career he has made exhibitions of his work in fairs and art galleries in France, Spain, Belgium, Germany, Russia and the United States. He has also received awards such as the Silver Award Spectrum (The best in contemporary, Fantastic Art) and The Inkpot Award Comic Art (Comi-con International San Diego) in the United States, or the Fantasy Award The Pilgrim at CTPAHHNK, in Russia.