Twenty years have gone by since Norma Editorial started to publish the collection of three books called Conceptions, which contained compilations of drawings and preliminary sketches and were translated and distributed by various publishing houses to great international acclaim. Many of the originals of these books now belong to collectors from all over the world. Following in these footsteps, at Laberinto Gris we have now compiled preliminary work done by the artists over this period under the same title and, in line with the vision of the initial collection of books, we have selected and prepared a new exhibition of originals based on the principles of that first project. 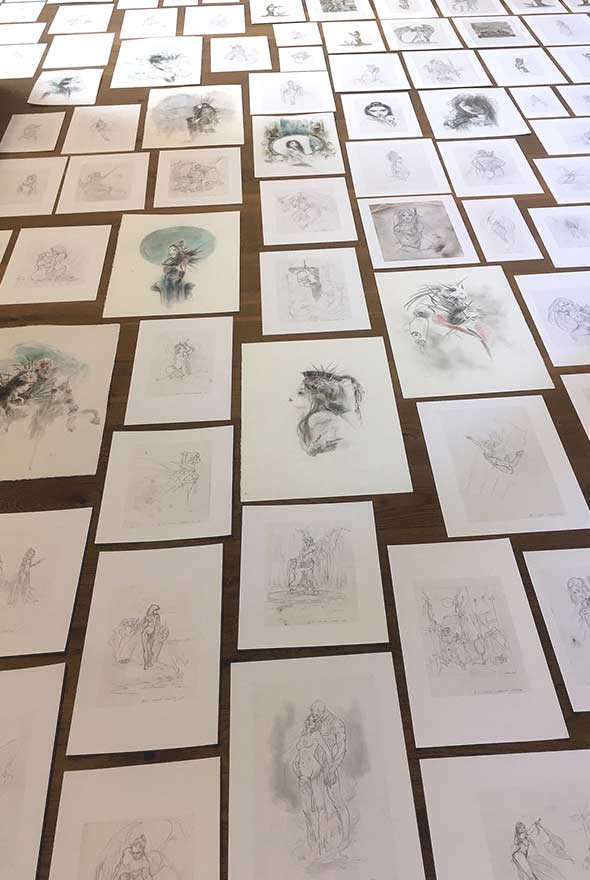 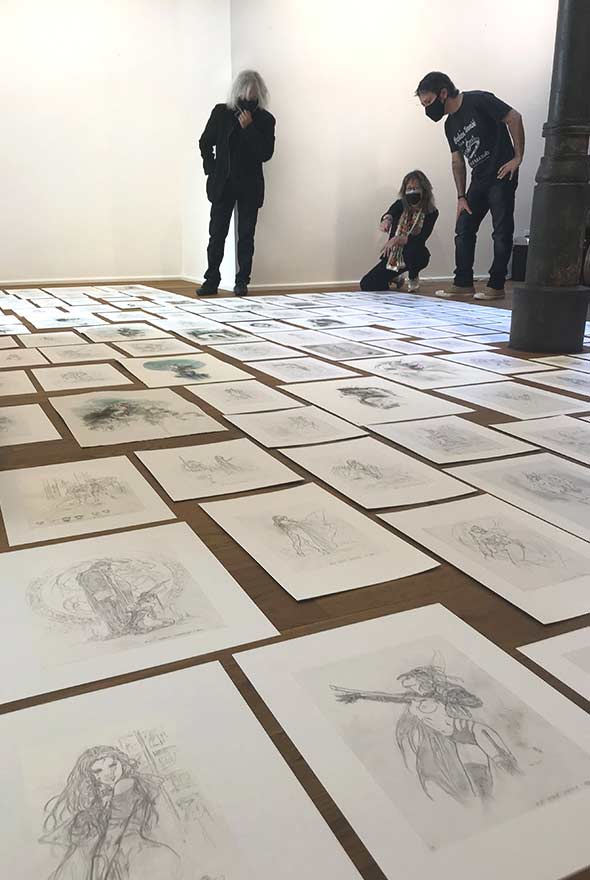 This exposition brings together all the drawings that are left lying in drawers, the first ideas that fly around like a mad whirlwind.

They are arranged either according to style or to show the different steps that lead up to the final drawing, including reproductions of the initial idea, which show different endings and drawings carried out in a different year. The idea of “New Conceptions” is to give an overview of the work as it developed.

The pencil, as the drawing tool par excellence, takes the primary position, and the draftsman is merely the recipient of its delirious, rapid dreams, which often go directly from the subconscious to the paper without any apparent filters of logic.

These are ideas which often appear from nowhere, and are gently traced out by the pencil before they are fully forms.  Sometimes the freshness of a wild animal – lost when it is tied down, refined and developed. 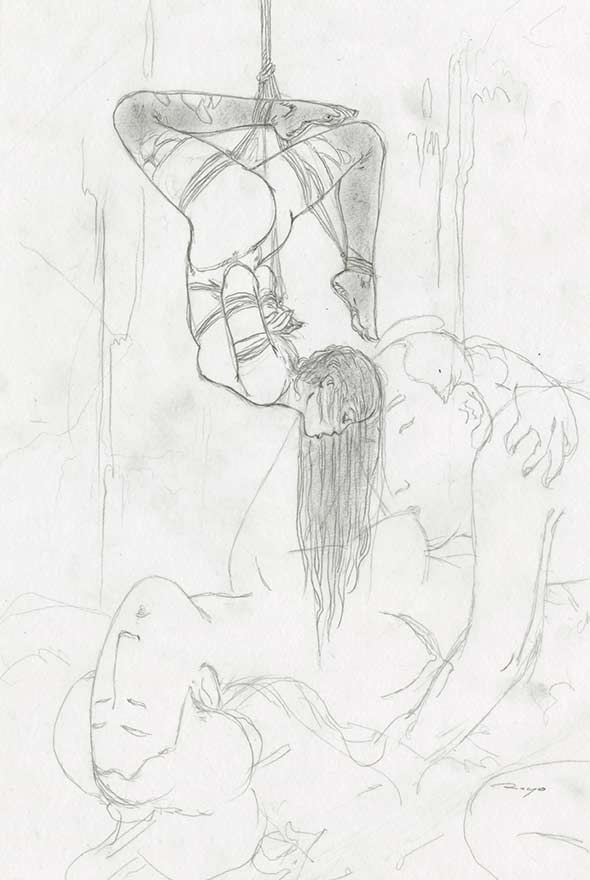 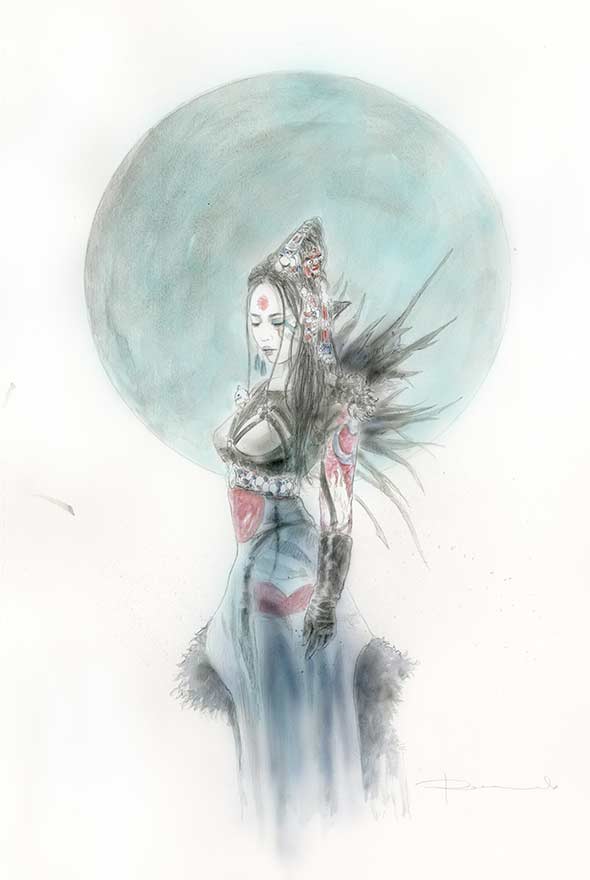 Pencil drawings, although limited in their range of shades, have the advantage of forming an image quickly. The pencil drawing is where the draftsman first comes face to face with an idea, and is able to draw and erase that particular idea until the fantasy, which until now has been floating in the air, is finally reached.

Some drawings take form in indefinite ways, and the world that surrounds them also remains blurred. They form a section which, to give it a name, could be called “Mystery in The World of The Subconscious”. This world, which I have mentioned before, has a much greater bearing on our solitude than many others.

The incorporation of color and atmospheric elements turns the drawing into an open door to this imaginary world. The illumination of the door defines its limits, but it begins as a small flame, lit by the pencil.
It is the guide that leads us though the shadows, while the days of work which gradually follow light up the doorway, which the first strokes only allowed us a glimpse of, until the final work is complete. 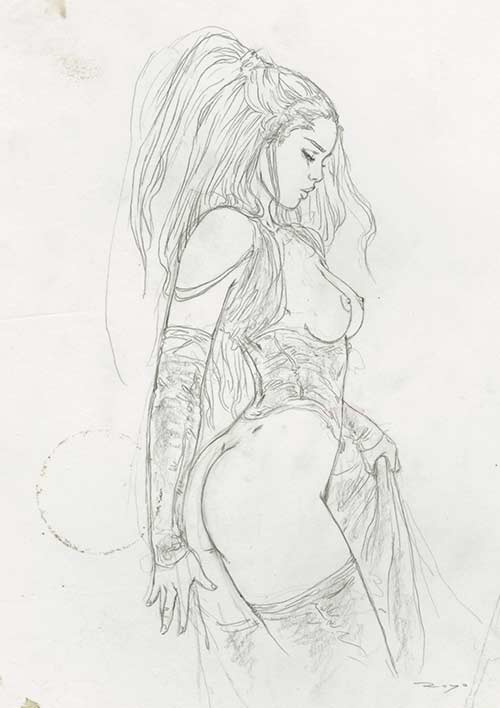 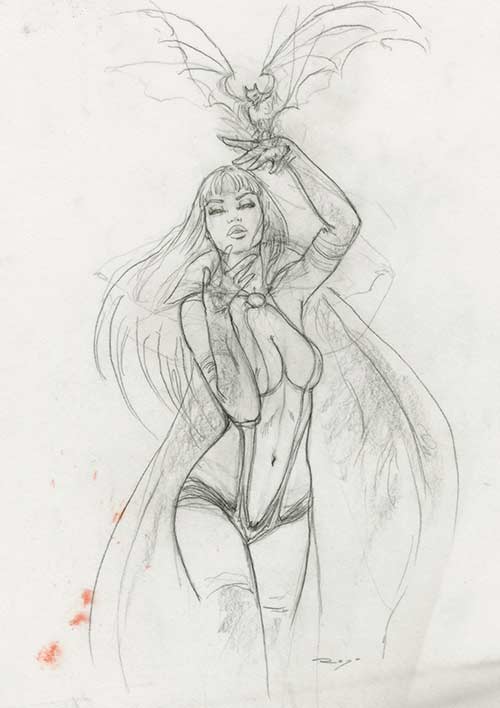 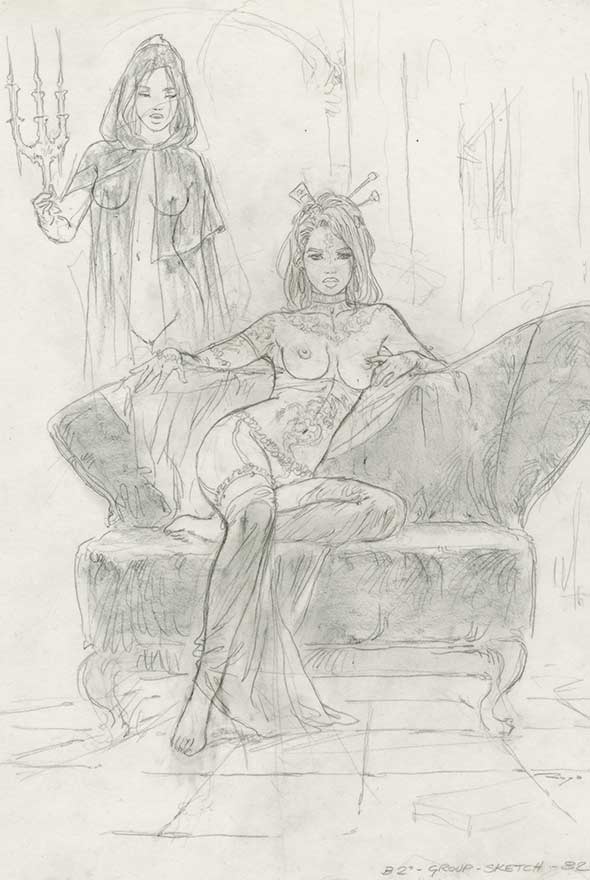 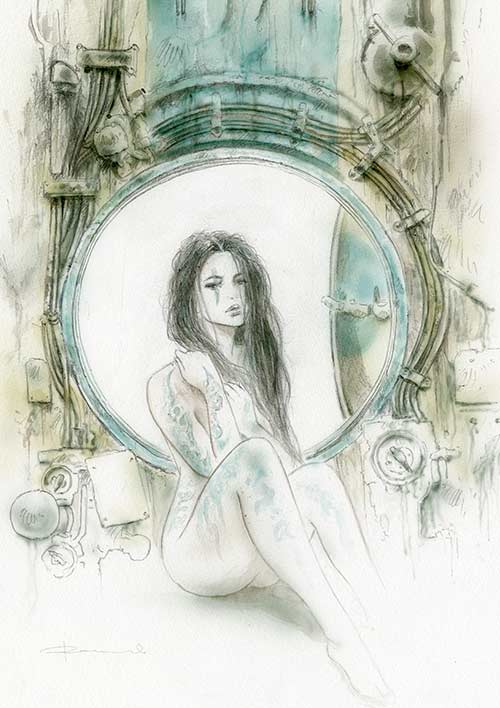 ROMULO ROYO, AFTER RUST I 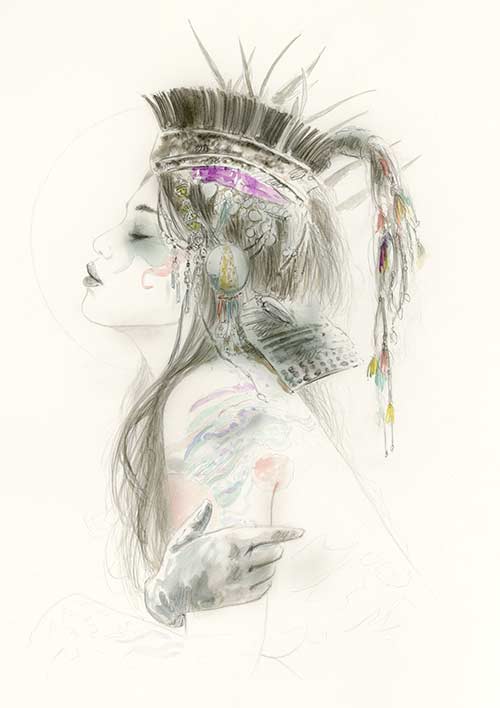 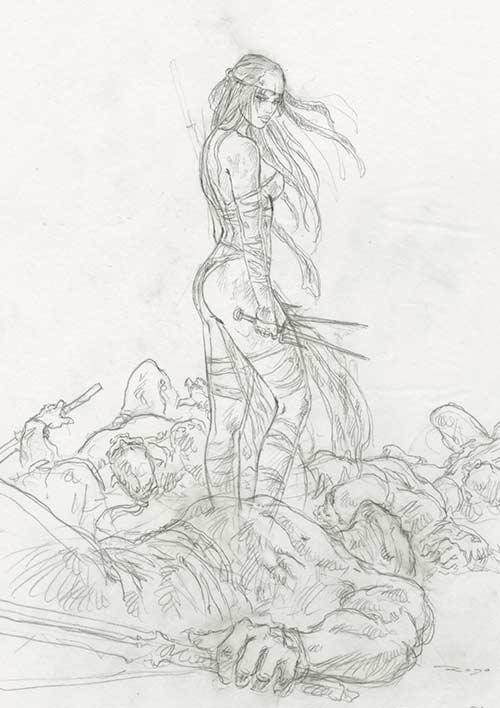 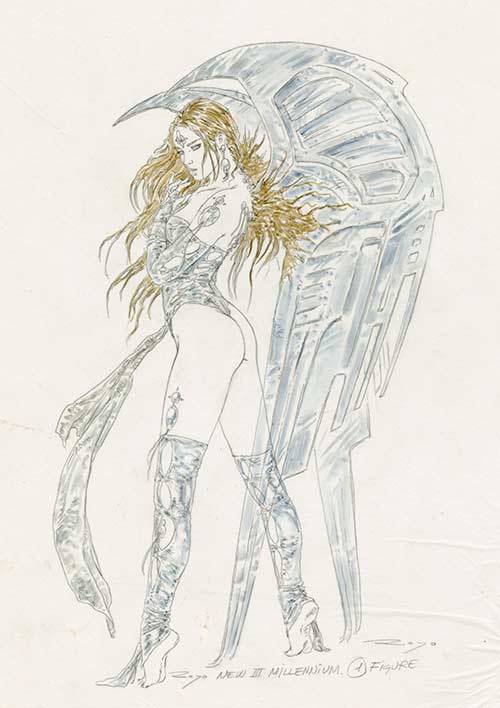 Some sketches are lost in time, held up by pegs in the world of the unknown, breathing or enchantment, where there is a place for thousands of faces and thousands of monsters. It is not clear whether they are hidden childhood fears or a fascination with the embrace of the beast.

Here, the pencil drawing loses structure and size to give us these beings which are not part of our universe. This is one of the most satisfying moments on a while sheet of paper. It becomes a game of bending all the rules that have been learned.

When you want to communicate an idea, you can, whether it involves the whole drawing, or is hidden in a simple detail. It may be linked to the corporal expression of a figure, the position of a face, a look, it in the language that Is revealed from the way the fingers are placed. The sheets become filled with lines, trying to find the extract second when this imaginary photograph was shot. 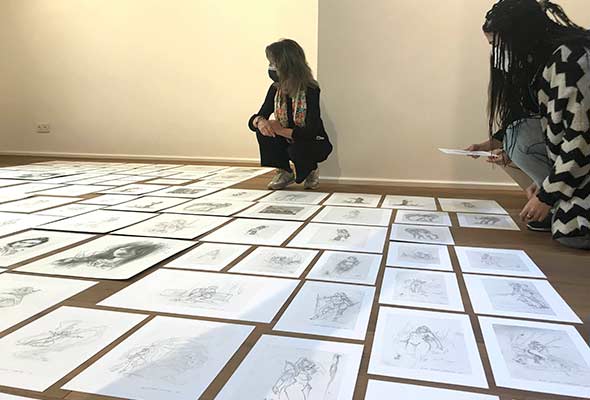