Ink, acrylic with airbrush and oil on canvas.

This work belongs to the series Metal-Skin. Cold metal adorns these angelical faces and in this case the eyes are daringly scratched out, creating and contributing to the character’s mystery. The critic Fernando Castro of the Advisory Board at the Reina Sofia Museum of Contemporary Art, wrote the following about Romulo Royo’s work:
Lucid blindness.
I have the impression that Rómulo Royo has known how to direct the inward gaze and even has materialized a certain sense of blindness. Some of the eyes on his faces are crossed out, thus denying any relationship with the outside world. What would the truth be, asks Bataille, if we did not see what exceeds the possibility of being seen? Blindness is the story of abandonment. That which is most beautiful ends up sinking into the depths of memory. However, it is not solely sin and pain that flourishes in this impossibility to see, as blindness can be a gift. The destiny of a mirror rests in the transformation of the impotence of one’s eyes to the condition of blindness. Perhaps blindness, as Paul de Man would purport, is a form of lucidity and darkness can provide fertile ground for a gaze inward. Painting or art in general is always found at the edge; it is what can barely be touched or, better yet, that which marks out a distance by delivering itself to a pure vision. It may be that we must close our eyes in order to truly see. This would assume that in fact what we need is our sense of touch in order to determine the real, whether it is to confirm that a wall lay in front of us or, in other words, to see the void which gazes at us. We must be aware, according to Lacan, that in a painting an absence can always be noted: what is found in the center, where the eye’s resolution exerts the maximum force over vision. All in all, it can only be absent and replaced by a hole which, in certain measure, is the reflection of the pupil. Consequently, and in the measure in which a relationship is established with desire, the spot of the central screen in the painting will always be marked, which in turn, the observer facing the work is elided as the subject from the geometrical plane. When Lacan denotes that “what one contemplates is that which can’t be seen,” he alludes to the search of the lost object, to the optical circuit and the drive which are conditioned by the mirror through which the desire to see makes everything materialize.
Videncia, Velamiento y Ceguera by Fernando Castro Florez of the Advisory Board, Reina Sofia Museum of Contemporary Art.

Very few collections like these we can prepare during the year. Doing it has been an arduous job and a luxury. DARK ROOM is the most hidden provocative and secret of the artists we represent.
Already in 1999, they did their first work in collaboration in PROHIBITED, the collection of erotic-themed books that was an international success that has been reissued over the years. Another of the most recognized collaborations came with the project of the great fresco of the Medvedev in Moscow in 2006, also with an erotic and allegorical theme to the themes of classical art within this genre, picking up this work in his book DOME. That's why Laberinto Gris has considered that this exhibition, approaching both authors the erotic theme, was totally indispensable.
In the debate discussion of preparation to offer you the selection, we expose some of the artists’ words and reasons:
Outside the current rhetoric that invades us at this time (although except for obvious inequalities) and in front of many of those speeches, that covered with a veneer of "rights" do nothing but hide a new puritanism growing day by day (perhaps a deception to ensure that we are less free), including in these claims a patina of asexuality or rather of disapproval towards any manifestation of a sexual nature. We gathered all these works in a dark selection, we wanted to put the weight on what has been present since the beginning of the human being, from the remote matriarchy (here we have the sculptures of the "goddesses of fertility" found scattered around the world) and to lean clearly towards that primordial feminine figure that is not an invention of our century. That need for equality between humans does not have to hide eroticism or sex, something so obvious, today seems to be in danger self-censorship and hooking off pictures of museums.
Let’s carry on dreaming in dark rooms with the most perverse and hidden, leaving as unknown which is the genre we got on our minds or below our hips.
Luis Royo & Romulo Royo 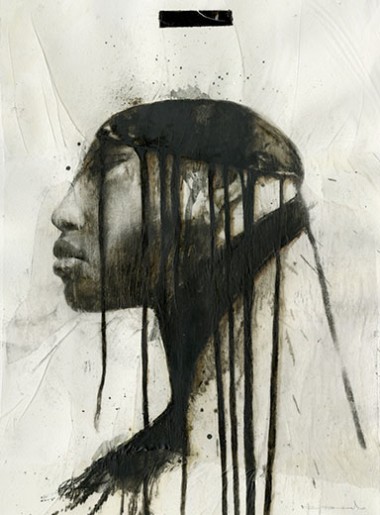 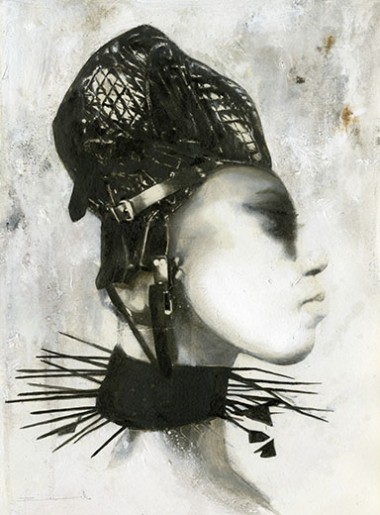 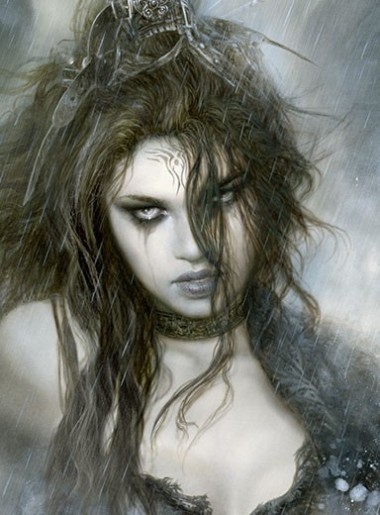 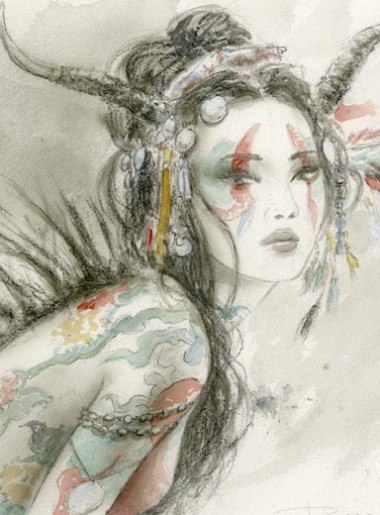 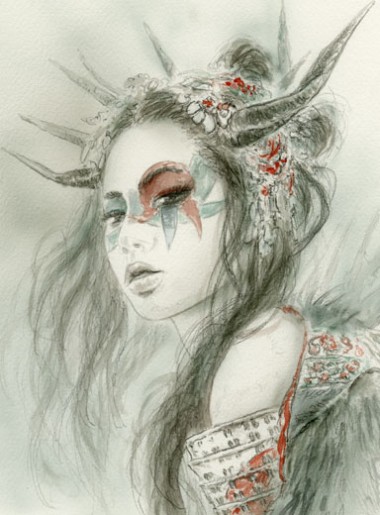 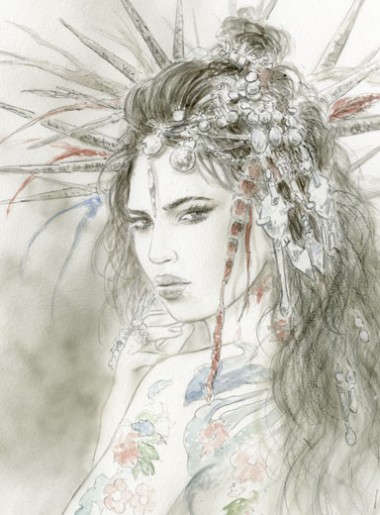 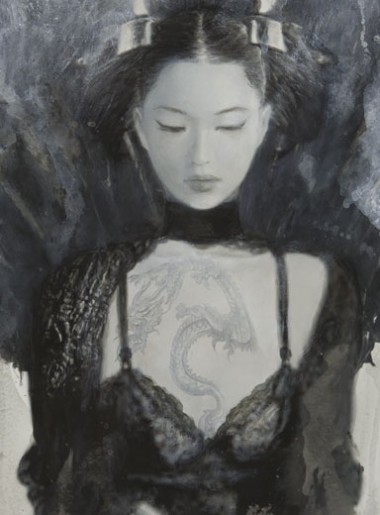 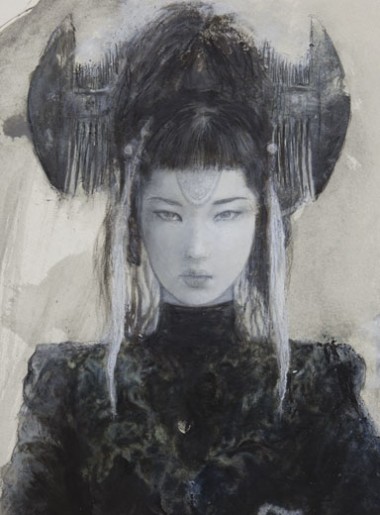 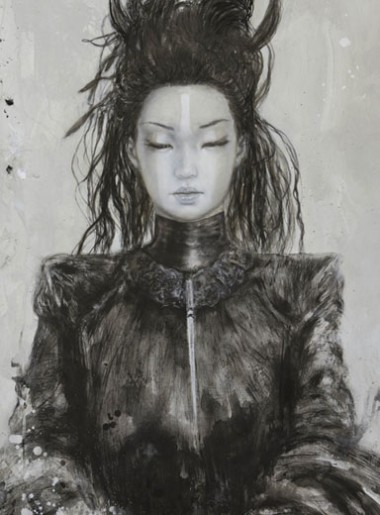 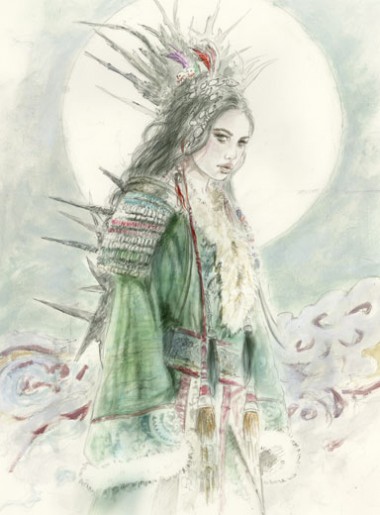 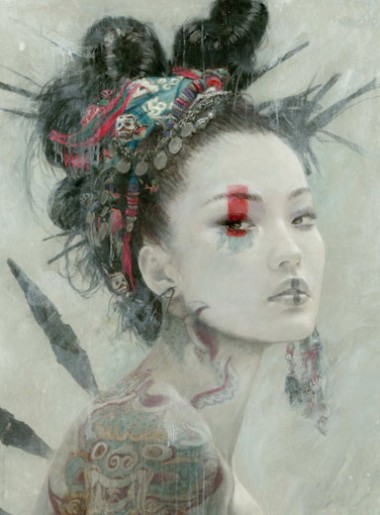 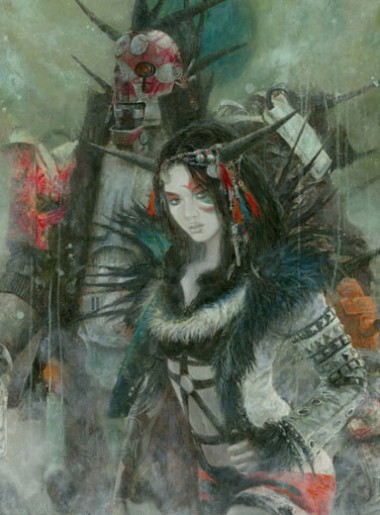 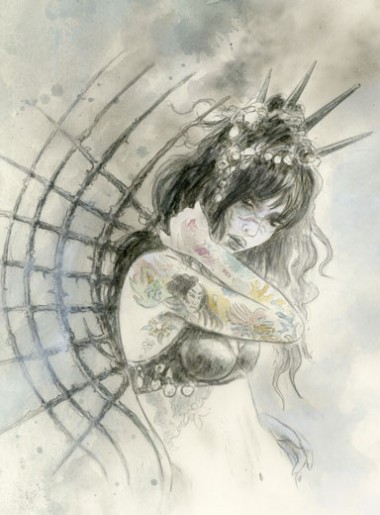