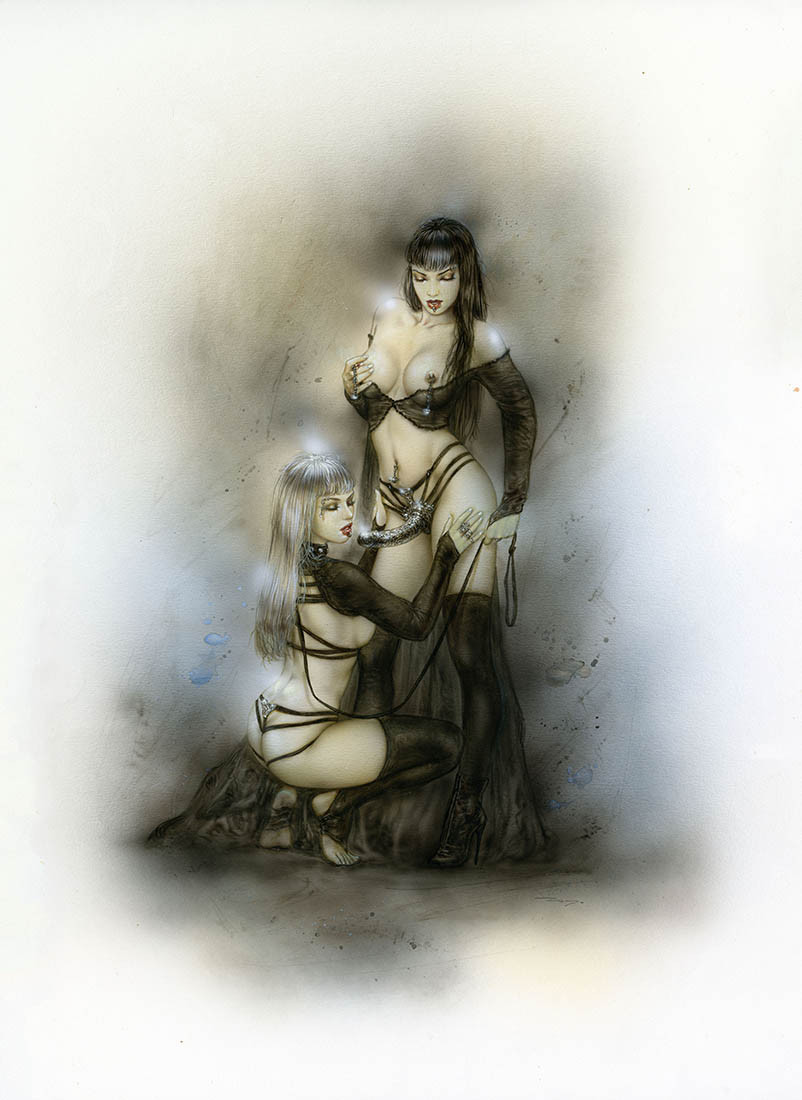 Its title, “Prohibited”, encompasses a long-term project by Luis Royo. “Prohibited Books” was a collection of books which started in 1999 and was a great success, with numerous reeditions in both the USA and Europe. The works in this collection were so significant that in 2009 a selection of contents from its four books were brought together and published again in a renewed, remastered edition.

It was the most irreverent, intimate and provocative project of his long career and to which intermittently during these years he has been contributing and creating new works that have been added to his forbidden world with his personal vision of eroticism.