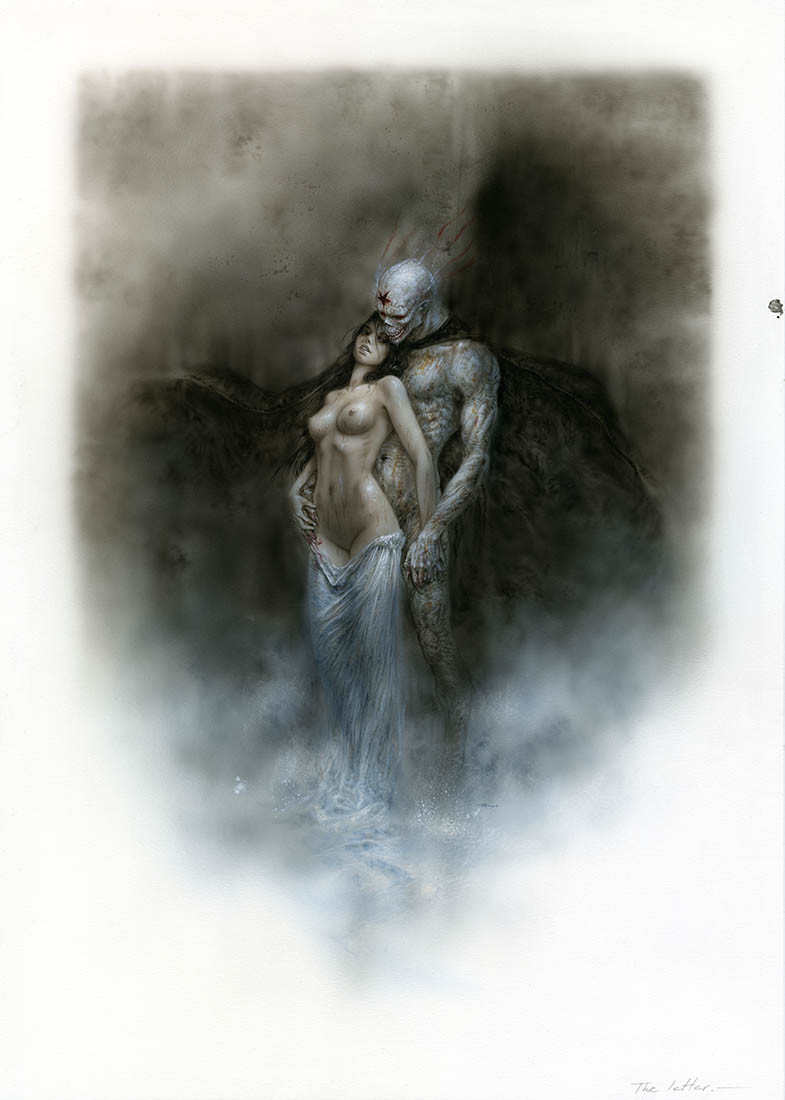 Illustration made for the Dark Room serie. Published inside the author's book Projects 1 - Goddesses, page 25.

Very few collections like these we can prepare during the year. Doing it has been an arduous job and a luxury. DARK ROOM is the most hidden provocative and secret of the artists we represent.
Already in 1999, they did their first work in collaboration in PROHIBITED, the collection of erotic-themed books that was an international success that has been reissued over the years. Another of the most recognized collaborations came with the project of the great fresco of the Medvedev in Moscow in 2006, also with an erotic and allegorical theme to the themes of classical art within this genre, picking up this work in his book DOME. That's why Laberinto Gris has considered that this exhibition, approaching both authors the erotic theme, was totally indispensable.
In the debate discussion of preparation to offer you the selection, we expose some of the artists’ words and reasons:
Outside the current rhetoric that invades us at this time (although except for obvious inequalities) and in front of many of those speeches, that covered with a veneer of "rights" do nothing but hide a new puritanism growing day by day (perhaps a deception to ensure that we are less free), including in these claims a patina of asexuality or rather of disapproval towards any manifestation of a sexual nature. We gathered all these works in a dark selection, we wanted to put the weight on what has been present since the beginning of the human being, from the remote matriarchy (here we have the sculptures of the "goddesses of fertility" found scattered around the world) and to lean clearly towards that primordial feminine figure that is not an invention of our century. That need for equality between humans does not have to hide eroticism or sex, something so obvious, today seems to be in danger self-censorship and hooking off pictures of museums.
Let’s carry on dreaming in dark rooms with the most perverse and hidden, leaving as unknown which is the genre we got on our minds or below our hips.
Luis Royo & Romulo Royo