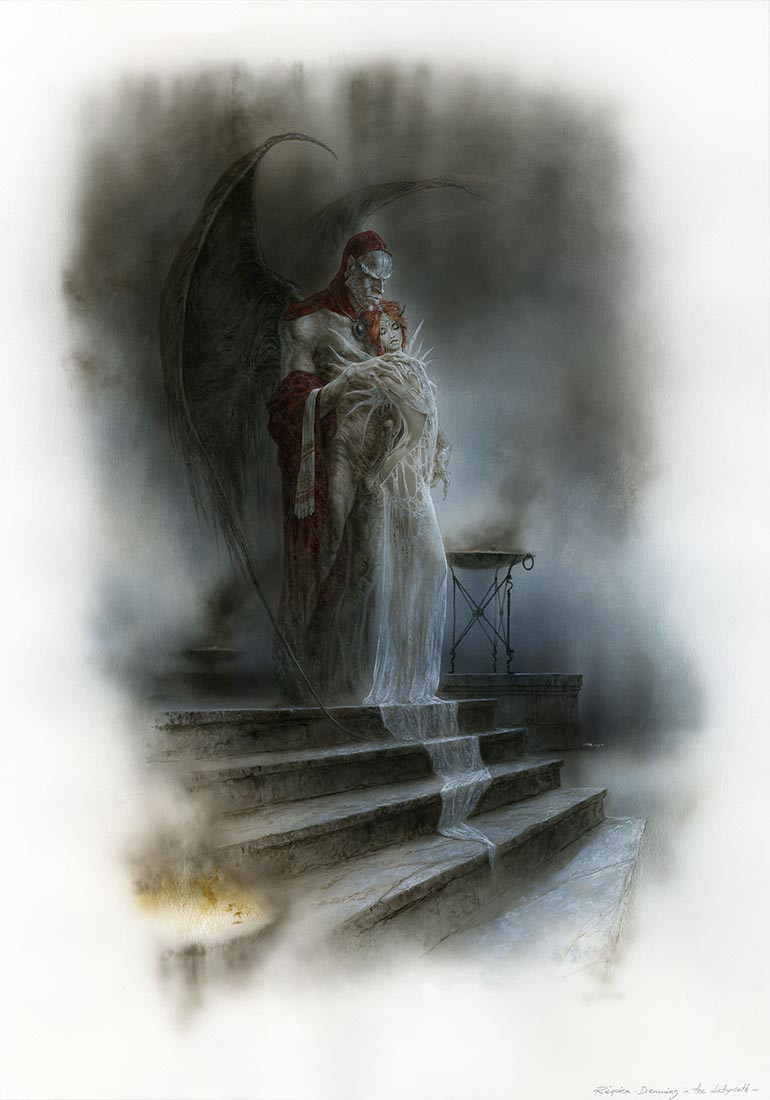 REQUIEM - DREAMING IN THE LABYRINTH

Watercolor, acrylic with airbrush and oil on handmade paper.

Illustration made for the Dark Room Serie. Published inside the author's book "Projects 1 Goddesses", page 35.

Its title, “Prohibited”, encompasses a long-term project by Luis Royo. “Prohibited Books” was a collection of books which started in 1999 and was a great success, with numerous reeditions in both the USA and Europe. The works in this collection were so significant that in 2009 a selection of contents from its four books were brought together and published again in a renewed, remastered edition.

It was the most irreverent, intimate and provocative project of his long career and to which intermittently during these years he has been contributing and creating new works that have been added to his forbidden world with his personal vision of eroticism.

Fantastic art, also known as imaginative realism, distinguishes itself from other art forms by portraying ancient myths and legends, modern day fantasies in the form of misterious interventions, the imagination, the dream state, the grotesque, visions, and the “uncanny” as common everyday elements. While the widespread prevalence of imaginative realism is relatively recent in popular culture, this genre is a staple in art history, beginning with the rise of romanticism in the second half of the eighteenth century as artists began to present imaginative imagery for narrative and emotional impact, rather than allegorical or historical meaning. At the Edge is the first exhibition to place this genre in its correct art-historical context as an evolution of the great realist painters of the past.
The Allentown Art Museum