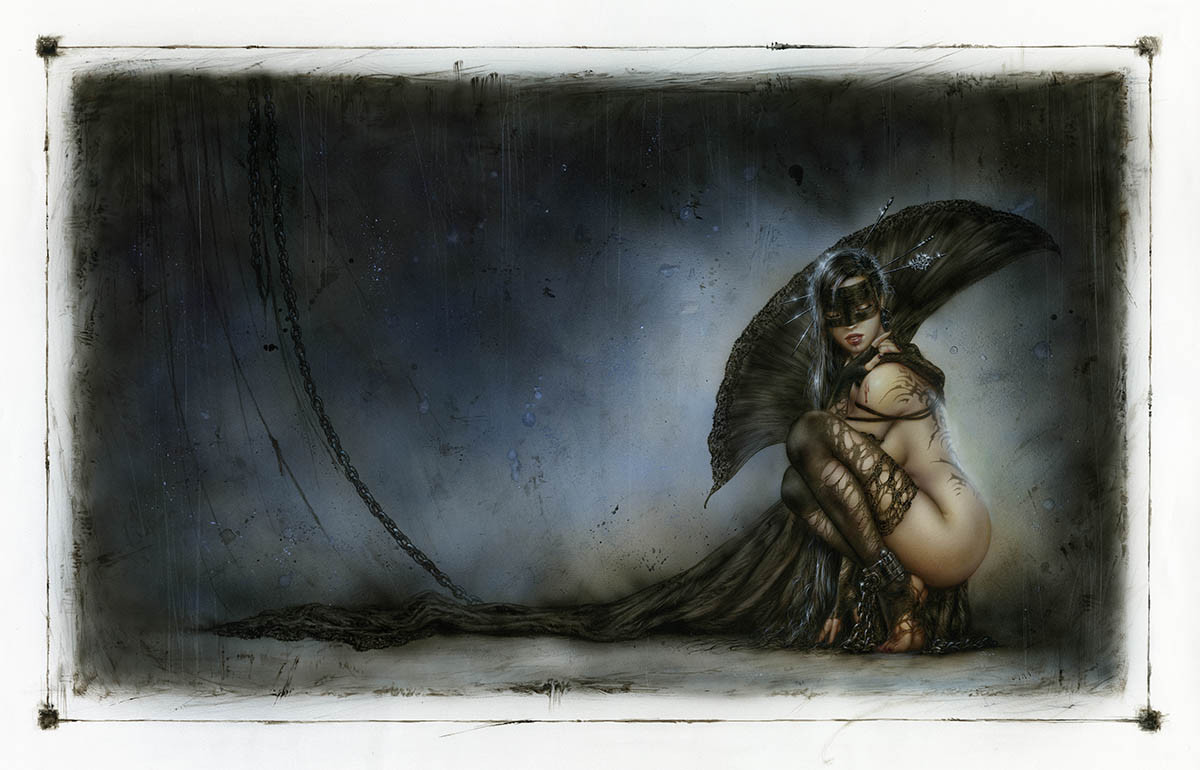 THE NEEDLES OF JOY

Published on the inside of the author's book Dark Labyrinth, pages 54-55. Edited in different languages and internationally distributed.

This work brings together all the recognizable characteristics of Luis Royo's work: fantasy, sensuality and provocation. Included in his author's book Dark Labyrinth, he anticipates, together with the other works of this book, the aesthetics of the moment, and influences and marks an entire generation of creators of images that are currently published in that line.

"The shadows grew stronger with each painting, but now he was at the last. It was weighed down by a great horror. It appeared to be the darkest. It held some not yet confessed part of the old man that had pooled into its dark frame".