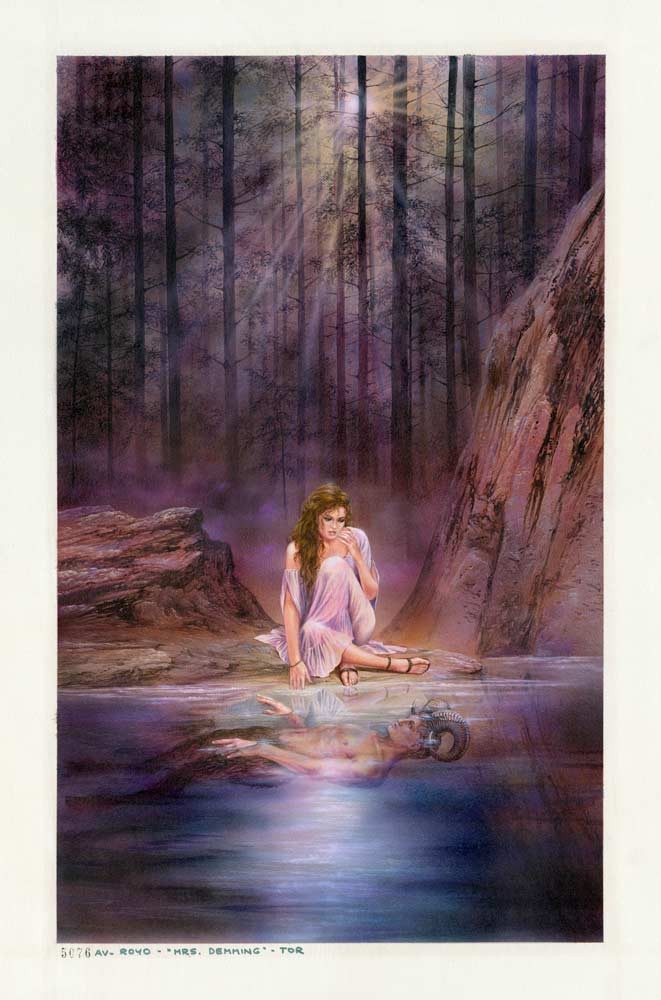 MRS DEMMING AND THE MYTHICAL BEAST

Watercolor, ink with airbrush and oil on canvas.

Signed on the central right of the piece.

Cover of the novel Mrs. Demming and the Mythical Beast by the writer Faith Sullivan, edited by Tor Books (USA)

Published on the inside of the author's book Malefic, page 3.  Edited in different languages and distributed internationally.

Loving a god is dangerous. Their power is capricious, as is their favor. And they are irresistible - what they ask of you, you must do.