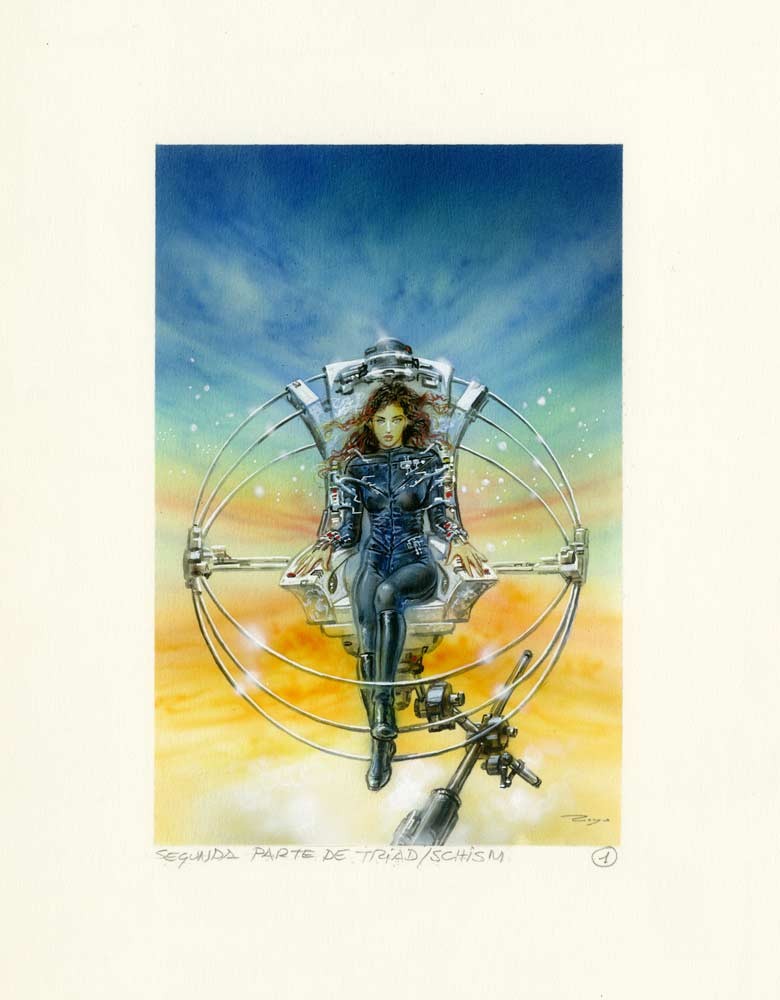 Acrylic with airbrush on paper.

Previous work made for the cover of the novel The Final Key, by Catherine Asaro, edited by Tor Books (USA)


Catherine Asaro has won numerous awards for her Saga of the Skolian Empire novels, including the Nebula Award and two Romantic Times awards for Best SF Novel. Combining cutting edge scientific theory with grand romantic adventure, this series represents space opera at its finest. The Final Key is the second half of the story arc known as Triad, which began in Schism. Schism ended with the Skolian Empire torn asunder by personal conflict within the royal family. With The Final Key, the Skolian Empire comes under all-out assault from its nemesis, the Euban Concord, who have undermined the Empire via subterfuge and assassination, leaving it ripe for conquest. The Skolian Empire's only hope? A young woman barely out of her teens who hasn't even complete her training as a cadet.