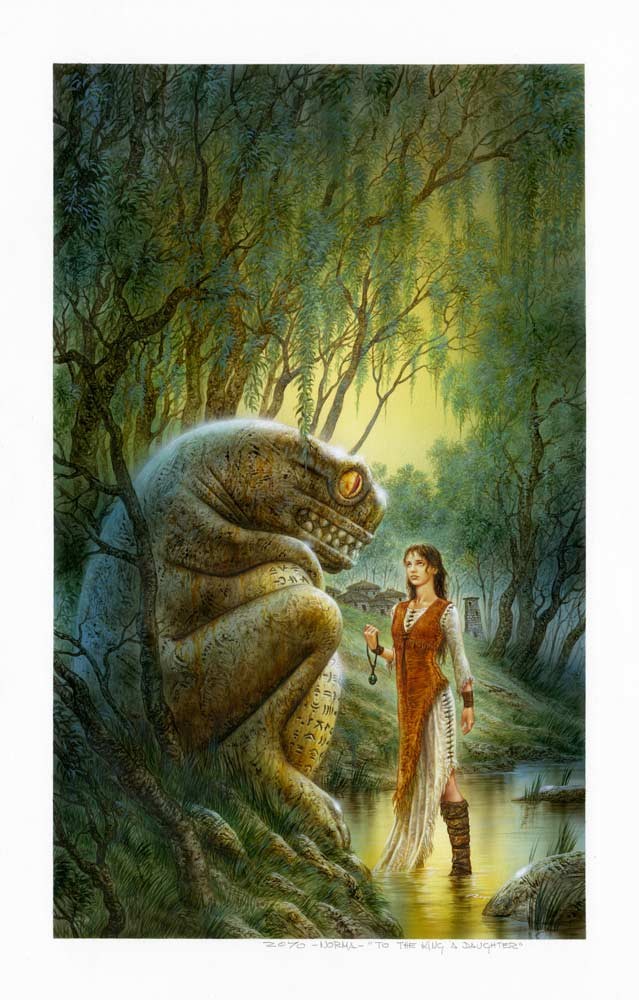 Work custom made for the novel's front To the King a Daughter by writer Andre Norton and Sasha Miller. Edited in USA by Tor Book Editorial.

The statue is big. It looks like a toad, but without the width neck. It is made with grey and brownish stone, and it rests under its powerful hindquarters, supported by a bed of green reeds. Its front rests more or less under its big bulbous gut, as the hands of a pregnant woman would do on her belly. On the top of the head, protrude a pair of 2 big bright yellow eyes with red pupils, that seems to be made of some polished gem, but not carved. Under its front legs, it has got the belly marked with some kind of writting carved on the stone. the marks are on its majority dots and lines.