Signed in the bottom-right of the piece.

"Who was before her was ultimately responsible for what she was now, the only figure, the only reference: mixed feelings, love and hate in the soul." 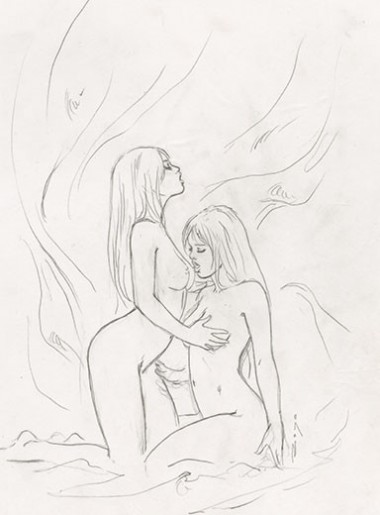