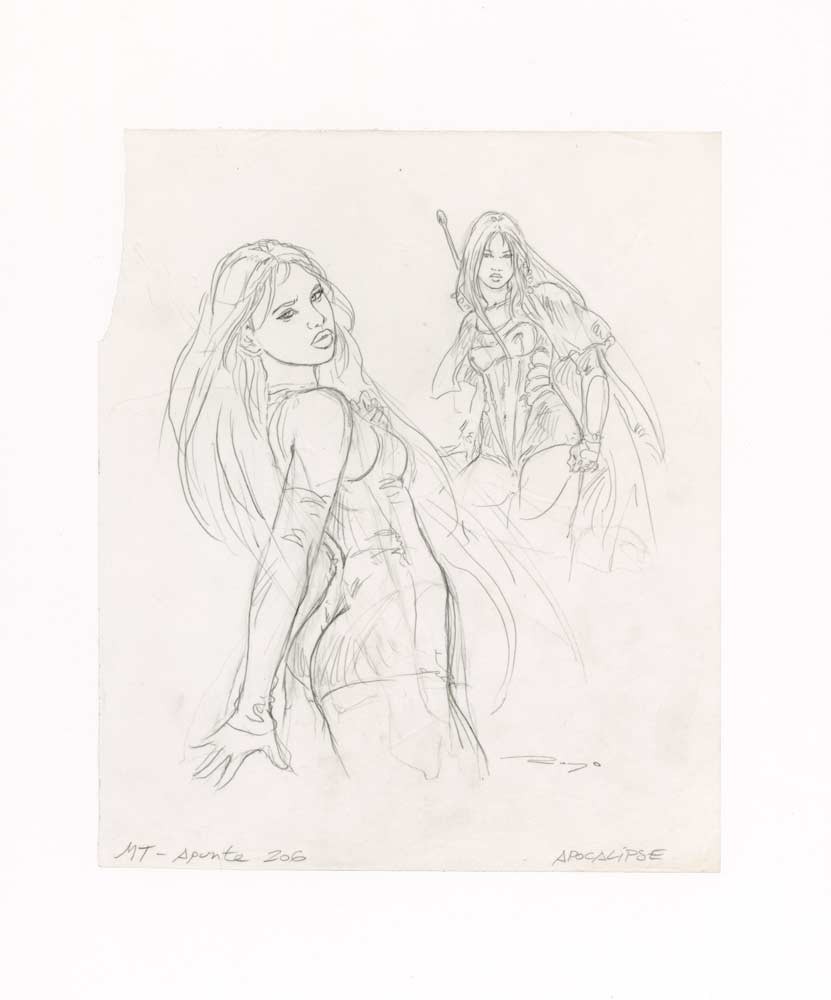 "He corrected and calmed down the girl’s instincts, he taught her strategies, defense, concentration; how to move her body so that the sword became an extension of it, how to sense every opposing blow and dodge it."
With its abundant production, Royo becomes a true mass phenomenon. His books are numerous editions and are poured into French, German, English, Italian, Russian and Portuguese. Magazines such as Stampa, Airbrush-Action or Penthouse dedicate reports to him on his pages. Festivals, art galleries or specialized shops continuously organize exhibitions and tributes. He has made covers of books for great authors and has received awards such as the Silver Award Spectrum (The best in contemporary, Fantastic Art) and The Inkpot Award Comic Art (Comi-con International) in the United States, or the Fantasy Award The Pilgrim in CTPAHHNK, in Russia. The Millennium Prize of Fumetto Cartoo Mics in Italy, etc.