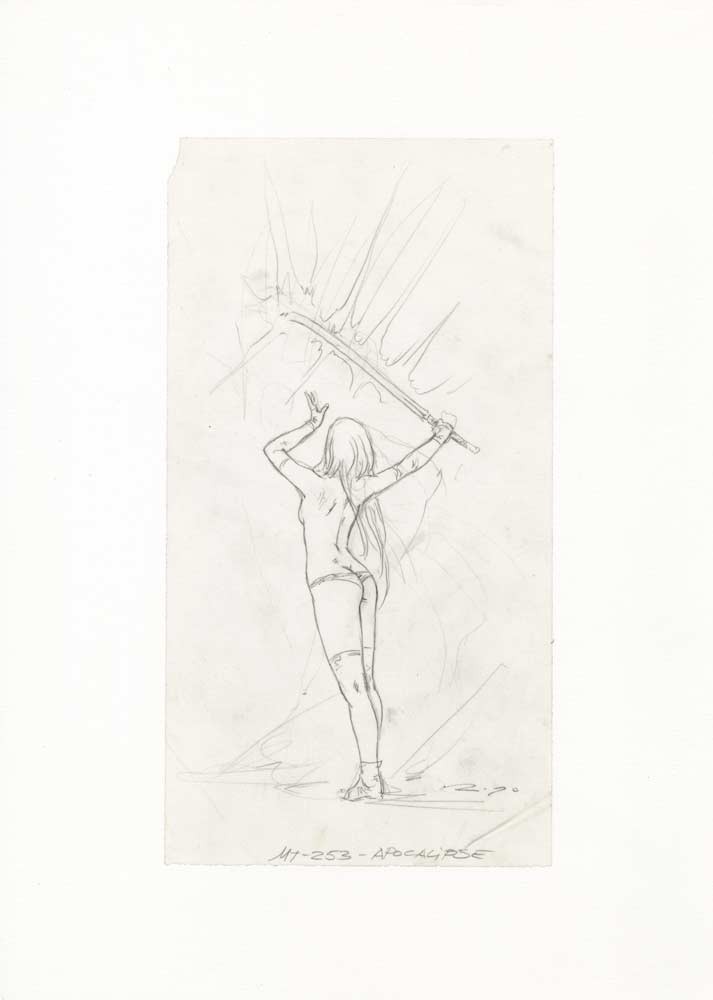 "He corrected and calmed down the girl’s instincts, he taught her strategies, defense, concentration; how to move her body so that the sword became an extension of it, how to sense every opposing blow and dodge it."
With its abundant production, Royo becomes a true mass phenomenon. His books are numerous editions and are poured into French, German, English, Italian, Russian and Portuguese. Magazines such as Stampa, Airbrush-Action or Penthouse dedicate reports to him on his pages. Festivals, art galleries or specialized shops continuously organize exhibitions and tributes. He has made covers of books for great authors and has received awards such as the Silver Award Spectrum (The best in contemporary, Fantastic Art) and The Inkpot Award Comic Art (Comi-con International) in the United States, or the Fantasy Award The Pilgrim in CTPAHHNK, in Russia. The Millennium Prize of Fumetto Cartoo Mics in Italy, etc.
Antonio Altarriba (Writer and image theorist)

QUEENS
Although they appear to be the shadow of the King, as mere decorative elements, Queens exercise great influence. Because of this, Queens usually acquire more relevance than their husbands because while kings have power, Queens have many Powers. In front of power, the world obeys, but in front of the many Powers, the world is transformed.
There is a queen of love and another of panic. There are queens of unfulfilled desires and forgotten caresses, of impossible projects, lost glances, remembered dreams, of secret pain, and of the baited breath. There is also a queen who dies with the full moon and is reborn on the fourth waning of the moon.
There are discreet queens, small queens, and those without crowns. All are extraordinarily influential. There are queens of the common life and daily routines. There are queens of lost socks, queens of blunders, queens of broken nails, and queens of chipped plates, empty trays, disorganized drawers, and a queen of sad smiles. There is even a queen without powers that only serves to console the unsuccessful.
The queen’s crown is not made of gold or precious jewels, but with a touch of night and a few drops of silver. On the feminine heads, black crowns with eyes can be found, with sharpened points of hair, shark bones, scarab wings, and water that springs from a fountain of red lips.
There exists a damned queen, banished from all other kingdoms. Outlawed since the beginning of time, she has grown in solitude and has made herself as high as the flight of an eagle and as scarce as the flapping of a vulture. She moves through all pathways, wrapped in her black robes, confident that one day she will conquer the world. This is her majesty Death. 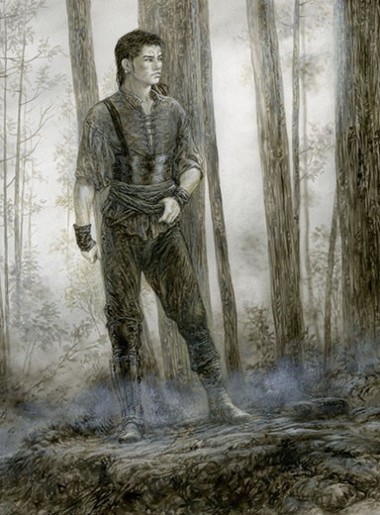