Illustration published inside of the fantasy tale The Ice Dragon, pages 100-101. Which became a New York Times bestseller. Written by George R. R. Martin (known for his Game of Thrones saga). Edited and published in USA from the publisher Tor Books. And translated into more than 30 languages.

The three dark dragons were outside of the barn when Adara returned, feasting on the burned and blackened carcasses of her father's stock. One of the dragonriders was standing near them, laening on his lance and prodding his dragon from time to time. 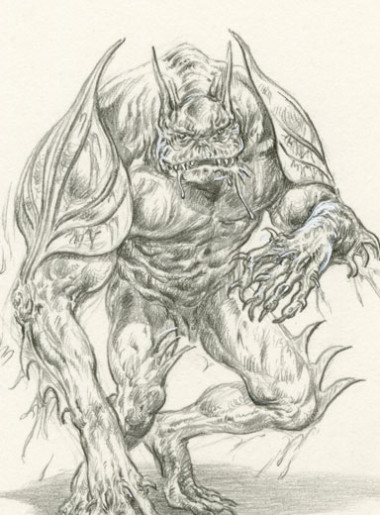